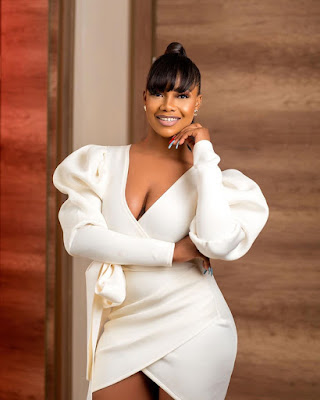 The controversial TV star took to her social media page on Tuesday to announce her decision to call it quit with TeeBilzz, whose real name is Tunji Balogun.

In the statement, the Port Harcourt-based star said the resolution was mutually agreed upon by the two parties. She also called on the public to respect the move.

“It is pertinent to note that both parties myself and Billz Vision had an amicable resolution on this and appreciate each other for the opportunity of working together. We would, therefore, want the general public to respect our decision herein and take note of the same,” the statement reads in part.

She went on to appreciate TeeBillz for what she had achieved so far in the outgoing year 2019, noting such would not have been possible without him.

“Thank you Billz Vision for helping me end my year 2019 on a high,” she wrote.

In October, Tacha had announced TeeBillz, ex-husband of Tiwa Savage, Afrobeats vocalist, as her manager after she was disqualified from the BBNaija house.

Her stay in the house was characterised by controversies notably, her face-off with Mercy Eke, the eventual winner of 2019 edition of the show.