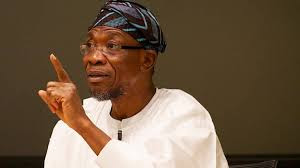 The Senate on Tuesday summoned the Minister of Interior, Rauf Aregbosola, to appear before it alongside the Comptroller General of the Nigerian Immigration Service, Muhammed Babandede.

They are expected to brief the Senate on the latest visa on arrival policy of the Federal Government.

This was sequel to a point of order raised by the Senator representing Ekiti North Senatorial district, Olubunmi Adetunmbi.

The lawmaker had drawn the attention of his colleagues to the fact that the executive did not carry the legislature along before the implementation of the policy.