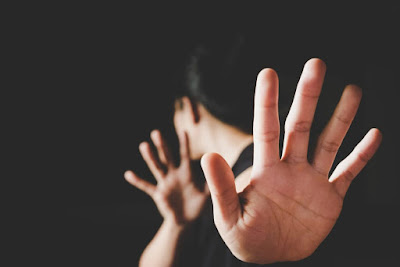 Participants at a national dialogue on s3x for marks in tertiary institutions have recommended that background checks on prospective lecturers should be conducted to stem the tide of s3xual harassment in Nigerian schools.

The participants called for an overhaul of the academic structure, which grants lecturers arbitrary power over the academic welfare of their students.

The recommendations were the highlights of a communique issued at the end of the dialogue held in Abuja and organised by a non-governmental organisation, Gender Mobile Initiative, in partnership with Ford Foundation. The communique signed by the Convener of GMI, Ms Omowumi Ogunrotimi and obtained by our correspondent on Monday, said such checks would ensure that the lecturers “are of sound mind and good character.”

She said the programme was held in response to the rising incidence of s3xual harassment and assault in tertiary institutions of learning in the country.


The communique read in part, “The quality of lecturers needs to be improved upon at the point of entry into the higher educational system. Educational certification alone should not be the prerequisite for employing lecturers. Background checks should be conducted on prospective lecturers to ensure that they are of sound mind and good character.

“There should be an overhaul of the academic structure in tertiary institutions that vests arbitrary use of power in lecturers over the academic welfare of the students taking their courses.

“There should be a workable system that will shed the excessive powers and privileges allotted to any lecturer and such powers, especially with respect to course grading, should be shared amongst a number of lecturers in a department with sufficient regulatory oversight on a case to case basis.

“This system will effectively check these far-reaching arbitrary power that allows certain lecturers to s3xually harass female students, as it currently obtains in many tertiary institutions.”

The participants also suggested a holistic legislative framework that would be enforceable at the federal and state levels by way of enactment, which sees the multifaceted manifestation of acts that “amounts to s3xual harassment.”

Ogunrotimi said, “Such laws should necessarily clearly define what sexual harassment is, acts that constitute s3xual harassment, and impose criminal sanctions and punishments grievous enough against any offender found guilty of such acts to serve as deterrent for other persons who may have thought of engaging in such an act.

“Students should be sensitised properly and adequately, as regards their rights. Tertiary institutions should also provide safe, conducive and private channels reporting issues of sexual harassment, while ensuring the anonymity of victims in other to protect their identities and effectively prevent any case of possible backlash, intimidation or witch-hunting from such reported aggressors/s3xual offenders.

“From the foregoing, it has become a sad realisation that sexual harassment has been allowed to fester in our tertiary institutions for too long. All stakeholders must stand up to their responsibilities and all hands must be on deck to ensure that our campuses are safe havens.”

A panelist, Prof Remi Sonaiya, said there should be a balance of power that would enable the students to recognise that they have the power to stop and punish the activities of the defaulters.