Revocation of Saraki’s land can trigger crisis in Kwara– PDP 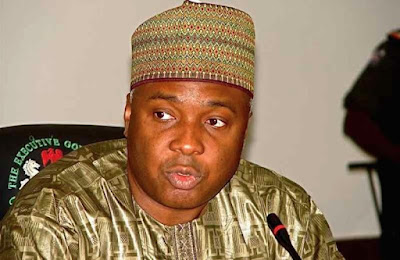 The Peoples Democratic Party in Kwara State says the revocation of the land belonging to the late icon of Kwara politics, Dr Abubakar Olushola Saraki by the State Government is an error that is capable of causing a future crisis in the state.

The PDP in a statement signed by its state Chairman, Engineer Kola Shittu, said that the revocation of the land ‘Ile Arugbo’ is a further demonstration of Governor Abdulrahman Abdulrazaq’s vendetta mission against the Saraki family.

The party noted that the action of the Governor does not in any way reflect the interest of Kwarans adding that such move was capable of creating rivalry and crisis among people of Ilorin in particular and the State in general.

“The Kwara PDP maintains that there is no basis or justification for the Kwara State Government to revoke the land which was duly acquired many years ago by the late Dr Abubakar Olusola Saraki. This is a great error on the part of Governor Abdulrazaq and a greater disservice to the memory of Baba Oloye who during his lifetime, made sacrifices and contributions to the development of not only Ilorin Emirate but Kwara as a whole and even beyond.

“As it is well known to the members of the public, the landed property houses the popular Ile-Arugbo, where aged people used to converge to receive food, financial support and healthcare services sponsored by the late politician and philanthropist; a tradition that has remained unbroken years after Baba’s demise as it has been sustained by his son, Dr Abubakar Bukola Saraki (CON).

“The widespread condemnation that has greeted the revocation of the property is a clear indication that the Governor’s move is not in tandem with the interest of people of Kwara. He is, therefore, advised to listen to the voice of reason and have a rethink.

“Also, Governor Abdulrazaq should know that there is absolutely nothing he can do to exterminate Baba Saraki’s legacies and that of his son, Dr Abubakar Bukola Saraki, or erase their love in the hearts of Kwarans. The duo have genuinely served Kwara and will continue to be loved for their respective contributions to the development of the State.