REVEALED: How federal lawmakers steal billions under the guise of constituency projects 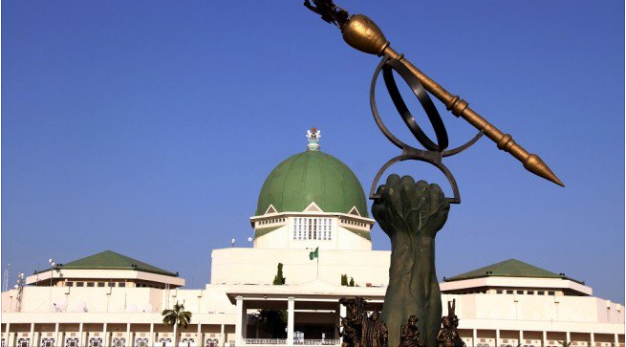 Nigerian federal lawmakers, in connivance with executing agencies, have perfected fraudulent means of pocketing billions of naira under the guise of constituency projects, a report by the Independent Corrupt Practices and Other Related Offences Commission (ICPC) has said.

One of the means used in the fraudulent scheme is the duplication of contracts using the same description, same narrative, same amount, same location and awarded by the same agency.

This, the ICPC said, is done by lawmakers to bring the amounts allocated to them within certain approval threshold of executing agencies so as to avoid ministerial tenders, the report found.

Another method used in stealing public funds is the insertion into budgets of a series of fluidy species of constituency projects termed “capacity building and empowerment projects,” which entails training and distribution of items and even cash to constituents.


“These Capacity Building and Empowerment projects have become a convenient conduit for embezzling public funds by the sponsoring legislators and the executing agency as they are difficult to track and verify due to their “soft” nature,” the report, which was signed by Bolaji Owasanoye, Chairman, ICPC, read.

The report, Constituency Projects Tracking Group (CPTG), which is in its first phase, tracked 424 projects from 2015–2018 zonal intervention projects (also called constituency projects) between June and August, 2019, across 12 states and the Federal Capital Territory.

The states include Adamawa, Akwa Ibom, Bauchi, Benue, Edo, Enugu, Imo, Kano, Kogi, Lagos, Osun and Sokoto.
President Muhammadu Buhari had in November said there has been very little benefits to the grassroots from the ₦1 trillion that had been earmarked for constituency projects in the last 10 years.

“For instance, in 2015, while the total mandate allocation for SMEDAN was N1,592,323,599, constituency projects allocation was N5,814,369,579,” the report said. “95 per cent of these constituency projects allocations were for empowerment and capacity building projects. This appropriation jumped up in 2016 to N11,120,099,958; 741 per cent of mandate budget with empowerment and capacity building projects taking 99% of the amount.”

“The size, number and types of Zonal Intervention Projects (ZIP) domiciled in SMEDAN and BCDA, for instance, have turned them into conduits for, and means of abuse of constituency projects and therefore vulnerable to corruption.”

The ICPC report said there is need to review the statutory mandate of SMEDAN and BCDA against the types of Zonal Intervention Projects being embedded in them.

It also called for the temporary suspension of empowerment and capacity building constituency projects since they are “just free money without accountability, aside from being difficult to track. If however they must go on, the implementation process and mechanism must be completely overhauled to put it strictly under absolute control of the executing agency.”

The spokesperson for the Senate, Godiya Akwashiki and his colleague at the House of Representatives, Benjamin Kalu, did not answer or return calls seeking their comments for this story. They also did not reply text messages sent to them.

The ICPC report called for a robust sensitization of the local communities on the concept, funding and implementation of Zonal Intervention Projects (ZIP). This it said would enable citizens to track projects and follow the money thereby reducing incidences of corruption in the implementation processes.

Also, the ICPC urged the federal government to oversee the mopping up of unutilised Zonal Intervention Projects releases into the national treasury account at the end of the financial year, like it is for regular national budget releases.

“In order to reduce the influence of the sponsoring legislators on the emergence of a preferred bidder and strengthen the bidding process, project sites must be determined and given by legislators before advertisement for, and award of contract so that award letters will be specific and particular about projects locations,” another recommendation read.

In order to stall slow paced projects implementation and the tendency of appropriating for the same project every year under the guise of “ongoing project”, the government was advised not to accept new projects in a particular constituency if there are existing uncompleted or underfunded projects in that constituency.