Prices of rice, eggs, yam, others increase by 7.8% 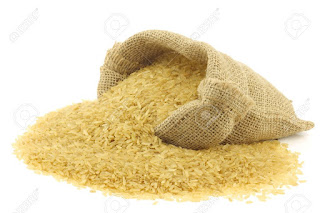 Prices of four food items including tomatoes, yam, rice, agric eggs and local eggs increased by 7.8 per in November data from the National Bureau of Statistics have shown.

The NBS in its selected food price watch for November reported that the average price of medium -sized agric eggs was N463.91 per dozen in November, against N462.46 in October, reflecting a price increase of 0.31 per cent.

According NBS the item, however, decreased year-on-year by 2.90 per cent.

The average price of a piece of medium -sized agric egg also increased month on month by 1.65 per cent from N40.51/1 in October to N41.18 in November.

On year on year basis, the price showed a decrease of 2.88 per cent.

Further analysis of the data showed that the average price of 1kilogram of imported high quality rice increased month on month by 18.27 from N382.57 in October to N445.45 in November.

The commodity also recorded an18.27 per cent year-on-year price increase.

The commodity decreased year-on-year by 15.03 per cent.

In addition to purchases in November ahead of the December celebrations, the period was also marked by three months of border closure in which goods like rice were barred from coming into the country from neighbouring Republic of Benin, Niger and other countries.

The border closure which came into effect on August 28 has seen prices of food increasing.

Experts have said the border closure had made life difficult for an average Nigerian with very low purchasing power.

The Director-General, Lagos Chamber of Commerce and Industry, Dr Muda Yusuf, had suggested that instead of a blanket closure, the capacity of local producers need to boosted while there was a phased closure, just like they did for the cement sector.

The Director- General, Nigeria Employers’ Consultative, Dr Timothy Olawale, said that things had become too expensive for the reach of an ordinary Nigerian worker in an economy where the government was yet to resolve the minimum wage issue.

On his part, the Managing Consultant and Chief Executive Officer, RTC Advisory Services Limited, Dr Vincent Nwani, advised the government to boost capacity of local producers so that they could produce in large quantity the food items that were not allowed to come into the country.