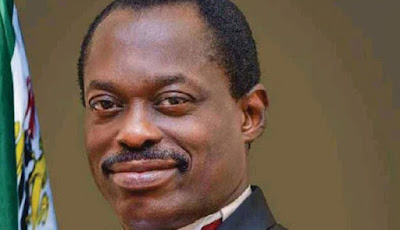 The Nigeria Social Insurance Trust Fund, NSITF has promised its pensioners that the last two tranches of pension funds would be paid before the end of 2019.

The agency also promised to urgently look into the issue of National Housing Scheme, NHS passbooks to those involved.

The pensioners had asked the House to intervene in the following areas:

“That the House should ask NSITF to compute and remit all outstanding contributory pension contributions and accrued penalties to entitled pensioners accounts without delay.


“To update and release NHF passbooks of concerned pensioners to enable them to access NHF contributions.

The pensioners asked the speaker to as a matter of urgency direct NSITF to reactivate the NSITF Staff Pension Fund Board of Trustees as a standing liason between NSITF and its pensioners.

It was further explained in the petition that” the enactment of the Pension Reform Act(PRA) No 2,2004 which made provision for the uniform contributory Pension Scheme for Public and Private sector-Senator in Nigeria.

“Our former employer made contributory deductions from our salaries, with effect from July 2004 upto the time of retirement or disengagement of each of us without remitting the combined contributions to the employees’ pension fund.

A source close to the Government Body told newsmen that there’s no cause for alarm as the matter of remittance would be a thing of the past as the agency would pay the last two tranches before the end of 2019.

The source explained that”we have been remitting all the remittances and management has assured that the last two tranches will be remitted before the end of the year.

”On the issue of NHS passbooks, the agency is on top of it and very soon it would be resolved once and for all.

“All the outstanding matters bordering on our Pensioners are in the front burner and we shall adequately treat them one after the other,” the source added.