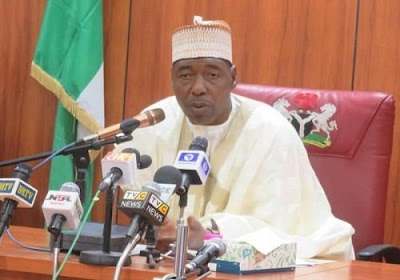 Speaking after he approved the early payment of December 2019 salaries in the middle last week to enable Christians prepare for the Christmas celebration, the Governor said he has never considered payment of salaries a part of his achievements but as payment of debt.

“I have never considered payment of workers’ salaries as achievement but rather as payment of debt, in this case, government paying for the services rendered by law abiding civil servants who signed contracts with the government as employees to work for hours, days and weeks and be paid for their work at the end of the month.


“The workers are in government debt when they work, and government pays that debt by paying salaries. Payment of debt is never an achievement, it is an obligation and this why we ensure that before 26th of every month, workers and pensioners get paid. The workers on their path must also be up and doing so that they can earn these salaries”, Zulum said in a press statement issued in December 2019 by his Special Adviser on Public Relations and Strategy, Malam Isa Gusau.