Our extensive electoral reform made us lose power -PDP 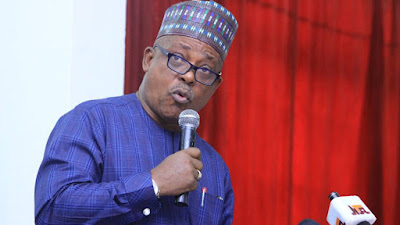 Uche Secondus, national chairman of the Peoples Democratic Party (PDP), says an extensive electoral reform carried out by his party made it lose power.

Secondus said this when he received a delegation of the Independent National Electoral Commission (INEC) at the party’s national secretariat in Abuja.

The PDP chairman said the PDP nurtured the country’s democracy from 1999 till 2015.

“Recall that our party came to office in 1999 and nurtured our democracy for 16 years, during which our party carried out an extensive electoral reform that culminated in our loss of power and the entry of the opposition since 2015,” he said.

“That seamless transition of power from the ruling party to opposition remains the finest time for our democracy and indeed the Independent National Electoral Commission, INEC. The global democracy stood in salute for us as a nation.

“Unfortunately, both INEC and the government in power have been unable to replicate or grow on that fine foundation.”

Secondus said the All Progressives Congress (APC) is not ready for any law that will prevent the party from manipulating the system.

“The ruling APC unlike the PDP is not disposed to any electoral law that will prevent them from manipulating the system, we in PDP expect INEC to be at the forefront of the process to have legal framework for the conduct of free, fair and credible election,” he said.

“Such legal framework should address the issue of security, electronic voting and collation of results and punishment for electoral offenders.”

According to him, the sustenance of the country’s democracy “rest squarely on the integrity of the electoral commission.”

“The effect of bad elections in our polity has been far reaching, stagnating the political and economic development and permanently hoisting on the people unpopular and incompetent leaders. The tension and uncertainty in the country today is clearly a fallout of election mishap in February,” he said.

“Free, fair and credible election is exactly what PDP and indeed global democracy demand and expect from INEC.”