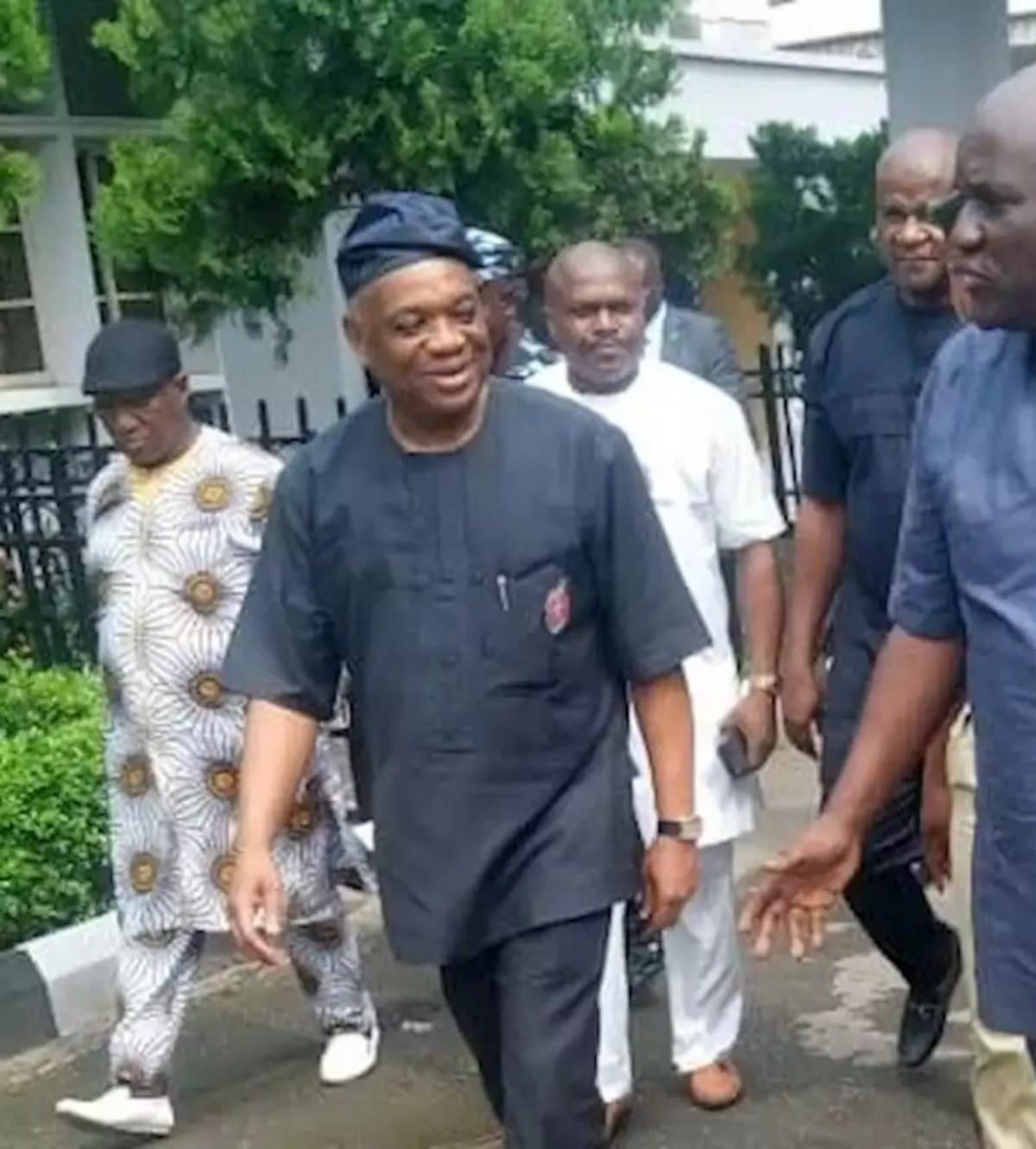 The Coalition of United Political Parties, CUPP, on Thursday charged the Senate Chief Whip, Orji Uzor Kalu to resign his position as a principal officer due to his conviction by a Federal High Court sitting in Lagos.

CUPP said the former Abia State Governor and Senator representing Abia North’s conviction over alleged N7.65 billion has made him ineligible to continue to function as the Senate Chief Whip.

In a statement signed by its spokesman, Ikenga Ugochinyere, CUPP maintained that it was proper for Kalu to abdicate his office in the Senate while pursuing the appeal of his conviction in a higher court.

CUPP said Kalu’s continued stay as Senate Chief Whip was a “test case for the All Progressives Congress’ anti-corruption fight.”

The statement tagged: “Orji Kalu’s conviction and continued to stay in office as Senate’s principal officer/Chief Whip” reads: ”President Muhanmadu Buhari-led All Progressives Congress government wanted Senator Bukola Saraki and Justice Walter Onnogen to resign from their positions of Senate President and Chief Justice of Nigeria respectively even when there was no conviction.

“The government based its demand than on the ground that there were allegations levelled against these two former top government officials and charges instituted against them in different courts.

“Now that the Senate Chief Whip, Orji Uzor Kalu, who is among the principal officers imposed on the Nigerian Senate by the Buhari-led APC government has been convicted by a court of competent jurisdiction based on corruption charges, we join Nigerians in watching to see what will happen to Kalu.

“Will Kalu, a convict based on the court’s verdict, continue to function as the Senate’s Chief Whip under a government who claims to be fighting corruption?

“Can the Buhari’s APC and the senators have the balls to ask him to resign as a principal officer while pursuing his appeal as an ordinary senator?

“Let us see if the Buhari’s corruption fight is just a weapon for hunting perceived opponents or a serious fight to restore honour and credibility to governance.

“We are fully aware that the man has a right to appeal his conviction.

“Also, we are not asking that they ask him to resign as a senator as he has a right to stay until his appeal is concluded.

“What we are asking is if the Buhari’s APC can pressure him to step down as a principal officer of the Senate and continue pursuing his appeal to clear himself.

“As Orji Kalu goes to prison today, will he take the office with him to prison under a government that claims to be morally upright or will be getting injunction pending appeal etc?”