Nothing can stop me from becoming a father in 2020 -Zlatan 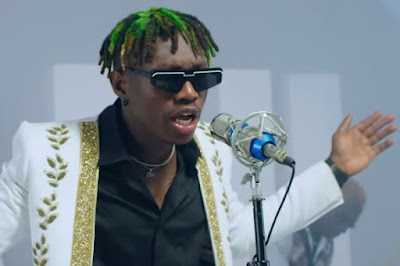 Omoniyi Temidayo Raphael, Nigerian singer better Known as Zlatan Ibile, says nothing will stop him from becoming a father in year 2020.

The talented singer took to his social media page to announce what seemed to be his new year plans.

“2020 nothing can stop me from becoming a father,” he wrote on Twitter.

This is coming about the same time when Wizkid, award-winning singer, said he would be getting married next year.

Born on December 19, 1994, the ‘Zanku’ crooner has etched his name on the hearts of many fans with his street-wise dancing techniques and approach to songs.

He had once refuted claims his music should be seen primarily as one for the less privileged.

“If you still listen to my music and you’re updated, you’ll know that I don’t make songs for the street people alone. Because of my story, background and the type of upbringing I had, people love me on the street. They feel I was less privileged and had fewer opportunities,” he had said.

“Now, it’s far beyond just the street love. It now cuts across different factions and borders. If you listen to my new song ‘Bolanle’ and ‘This Year’, they’re totally different. I have a project coming up, my album. When you listen, you’ll see a new dimension to Zlatan.”