Ifeanyi Ejiofor, lawyer to Nnamdi Kanu, leader of the Indigenous People of Biafra (IPOB), has broken silence on police invasion of his residence in Anambra State on Monday. 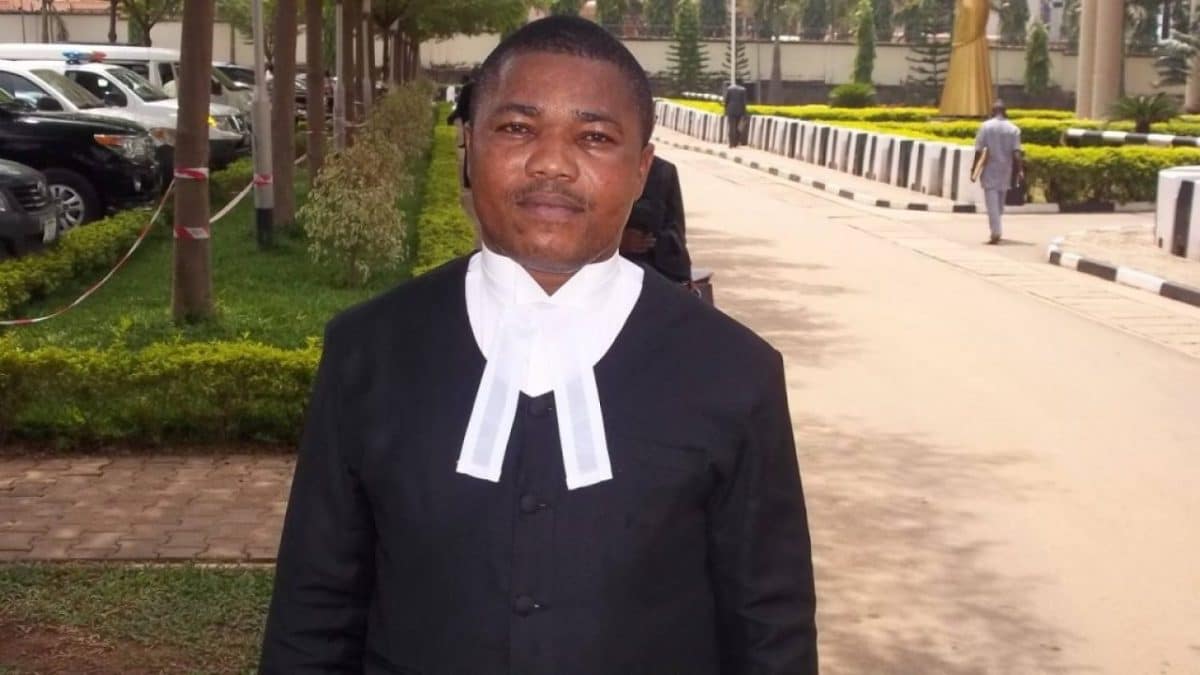 Recall that a combined team of police and military officers had burnt down Ejiofor’s residence in Oraifite, Anambra State in the early hours of Monday and allegedly killed two people while several others were injured.

Following the incident, the police had claimed that IPOB members burnt two of its officers to death, hence declaring Ejiofor wanted.

But in a video shared on Facebook on Tuesday, Ejiofor wondered why police stormed his residence despite speaking with the area police commander.


He claimed that some police officers took away the corpses of those killed and burnt them somewhere.

He added that his mother was gunned down and was presently receiving treatment at the hospital.

The IPOB lawyer alleged that a particular businessman was behind the issue, even as he denied reports that policemen were killed at his place.

He further called on international organisations, stressing that he has been a target for defending IPOB members in court, despite maintaining more than 17 years unbroken relationship with the police hierarchy.

Narrating the incident, Ejiofor said: “On Sunday being the first day of December 2019, I was called at about 8pm to 9pm by the DPO and he never passed any message to me.

“Then in the morning, at about 6am, I got a call from my elder brother that police have invaded my premises led by the area commander himself. I requested to speak with the area commander and he obliged which conversation was so recorded.

“I requested to know why they were in my house because I wasn’t around. He said they came to arrest one of my wards who participated in a local conflict. He demanded to see me and I said I will be back around 10:30 in the morning. I told him I will come to see him at the station when I am back.

“He said okay, but he emphasised that time is of essence. That I should keep to time. Then I became worried, because I came back on the 24th of November 2019 for my brother’s burial and I have been around. I never had any issues with anybody, I never stepped out of my house. When I came back around 10, I told my mother I want to go see the area commander, but on a second thought I decided to go see my uncle who will accompany me.

“When I left the house for my uncle’s place, that served as a saving grace. We were on our way to the commander’s office taking an unconventional way when I got a call from my junior brother that the police were in my house and they opened fire on all living object, including persons in my house.

“So, I was like someone came about 6 in the morning, had a conversation with him on an offence I don’t even know anything about and I promised him as a lawyer that I am going to be in his office, then what happened in my house took me by surprise.

“I was confused about what was going on. As I speak now, I am homeless. They have burnt down the house. Many people who were running for safety were also killed.

“Over 20 person have been killed. My mum was gunned, and now receiving treatment. What is my offence for being IPOB lawyer?

“I decided to take refuge within the neighbourhood. The reports kept coming in as to the atrocities they were committing in my house including roping people around the area. At the end, they took away the bodies of those they killed in my house in their own van to a place along Onitsha-Owerri express road, burnt all of them and left. That is all I know that transpired.

“Later I was told that about four persons had been shot in his premises and the entire house set ablaze by the police.

“I’ve committed no offence known to law. They are actually interested in getting me out of the way. They are interested in killing me because they have seen me as a thorn in their flesh.

“Because I am defending members of IPOB and Nnamdi Kanu. Any place they arrest any IPOB member, they will always see me there. And I have defeated them in virtual all of the cases. The terrorism tag on IPOB is being challenged at the court of appeal and we are awaiting judgement.

“If someone had filed a complaint against him, it was not enough for the police to come to his house with force.

“The police could have left me an invitation letter, and even if I refused to show up, they know how to get me.”