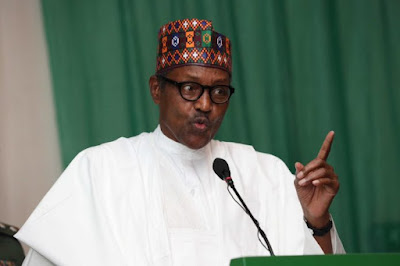 In what appears to be a fresh twist to the attacks by the Boko Haram terrorist group in the North-East, the Federal Government has raised the alarm that the sect’s alliance with the Islamic State of Iraq and Syria increases the possibility of it (Boko Haram) deploying chemical, biological, radiological, nuclear and explosive attacks in the future.


The Federal Government noted that the proliferation of the CBRNE weapons, their means of delivery, the spreading of technological skills required for their production and the possibility of their use constitute a threat to national security.

In a 60-page document, titled ‘National Security Strategy’, whose foreword was written by the President, Major General Muhammadu Buhari (retd), and was released during the week by the Office of the National Security Adviser, a copy of which was obtained by one of our correspondents, the Federal Government, however, stressed that there was the need for a counter-strategy to address the threat.

The document, which was last released in 2014, contains the plan of action by the government to combat the security and other threats facing the country.

According to the NSA, Maj Gen Babagana Monguno (retd), the document is to ensure that “Nigeria’s sovereignty, territorial integrity, national interests, well-being of the people and the country’s institutions are preserved, protected and enhanced.”

Prior to the latest possibility of using the CBRNE weapons, the Boko Haram insurgency had ravaged the country since 2009, particularly the North-East, and is said to have claimed more than 22,000 lives, comprising both civilians and soldiers, while over 2.3 million persons, including women and children, have been displaced and are now taking refuge in various Internally Displaced Persons’ camps across the country.

The terrorists have also lost thousands of their fighters to the war as many of them have been killed by the military. But according to reports, the insurgents also recruit innocent villagers and underage girls, often used as suicide bombers, to carry out their attacks, in addition to enlisting fighters from foreign countries.

It can be recalled that the African Union warned through an intelligence report that over 6,000 Africans who fought for ISIS might be returning to the continent.

Thus, the AU warned its member countries to work closely with one another and share information to counter the returning militants.

AU’s Commissioner for Peace and Security, Smail Chergui, said in Algiers, Algeria, during a meeting, “There are reports of 6,000 African fighters among the 30,000 foreign elements who joined this terrorist group (ISIS) in the Middle East. The return of these elements to Africa poses a serious threat to our national security and stability and requires specific treatment and intense cooperation between African countries.”

Following the report, experts in security matters warned that Nigeria might be sitting on a time bomb as the fighters were likely to join forces with Boko Haram.

The analysts warned that if the Federal Government failed to quickly install security measures to counter the potential threat, the insurgency could increase in the country. And according to reports, the attacks by the insurgents increased after the alarm raised by the AU.

The violent attacks by the insurgents, despite the resistance by the military, had led to the emergence of the Multi-National Joint Task Force to combat the terrorists, especially in tackling insurgency in the Lake Chad Basin, which according to Buhari in an address in September 2019, had become like an abode for the terrorists.

But, dwelling on the possibility of the CBRNE attacks by the insurgents, the ONSA’s December 2019 security document said, “Transnational organised crime such as illicit financial flow and money laundering, drug and human trafficking, proliferation of Small Arms and Light Weapons as well as proliferation of Chemical, Biological, Radiological, Nuclear and Explosive weapons have a direct impact on our national security.

“The proliferation of CBRNE weapons and their means of delivery, the spreading of technological skills required for their production and the possibility of their use constitute a threat to our security.

“Although the implementation of international agreements hinder the proliferation of CBRNE and their means of delivery, the risk of such weapons and materials being acquired by terrorist groups and reaching states providing support for terrorist groups cannot be overstated.

“Terrorist groups, such as ISIS, are believed to have sought to possess CBRNE weapons. Boko Haram terrorists’ affiliation to ISIS and their willingness to use any deadly weapon at their disposal increases the possibility of a CRBNE attack in the future, thereby underscoring the need for a counter-strategy.”

As far back as 2015, the insurgents, a faction formerly led by Abubakar Shekau and another one by El-Barnawi, had joined alliances with the Islamic State terrorists.

And in response, the spokesperson for ISIS, Abu Mohammed al Adnani, according to a CNN report, announced in a 28-minute unverified audio message that the pledge of allegiance by Boko Haram had been accepted by ISIS leader, Abu Bakr al-Baghdadi, who was later killed by the United States Special Forces operation in North-West Syria on October 26, 2019. US President Donald Trump announced al-Baghdadi’s death on October 27, 2019.

Al Adnani’s message, which was posted online by ISIS supporters, said the caliphate, or Islamic State, had expanded to western Africa while congratulating “our jihadi brothers there”.

The ISWAP fighters, according to military sources, have more funding to procure sophisticated weapons as well as daring attacks on the troops’ locations to steal gun trucks, and other heavy ammunition.

A report by Punch Newspaper on September 22, 2019, detailed how military commanders at the battlefront complained that ISWAP fighters used modern, sophisticated weapons, while they (soldiers) used outdated and refurbished weapons and equipment, including failing Shilka guns, procured during the administration of late Alhaji Shehu Shagari, who was the President of Nigeria between 1979 and 1983.

The commanders noted that beyond using drones, the insurgents were now using night vision goggles, thermal detectors and other modern equipment to attack the Nigerian troops, which according to them, was responsible for the increased attacks on the soldiers. The Nigerian Army had earlier in November 2018 revealed that the insurgents were using drones and foreign fighters.

One of the commanders said, “The ISWAP is highly advanced in technology and in training and that is obvious in the way they attack us. They are also very innovative. In fact, if I can, I will call them magicians. Yet we keep fighting them with the obsolete equipment we are supplied with and that is why we are losing men.

“Those terrorists, especially ISWAP, are very deadly and confident and they now use foreign mercenaries, who are foreign terrorists. They are well equipped and that is why they launch RPGs cheaply and easily.”

About a week earlier, the President at the Extraordinary Summit of the Authority of the Economic Community of West African States’ Heads of State and Government on Counter-Terrorism in Ouagadougou, Burkina Faso, on September 14, 2019, said the ease with which the terrorists raised funds and acquired sophisticated weapons to carry out attacks had become a matter of serious concern.

A statement by the President’s Special Adviser on Media and Publicity, Mr Femi Adesina, quoted him as saying, “The frequency of attacks, the determination and resilience of the terrorist groups as well as the ease with which they raise funds and acquire sophisticated weapons are matters of serious concern, which should engage our attention as a Community (ECOWAS).

“Equally worrisome is the continuous spread of the menace of terrorism in the region and the growing link between terrorism and organised crime. This is why we must not relent in our efforts until we defeat the monster completely.

“And the best way to achieve this objective is through coordinated regional actions and responses against terrorism, insurgency, banditry and inter-communal disputes, while we also put in place policies and measures that will address their root causes, including the re-establishment and protection of livelihoods.”

Meanwhile, the ONSA’s December 2019 document in Chapter 3 titled, ‘National Security Threats’, noted that Nigeria faced a rapidly changing world with a diverse range of threats, which were multi-faceted and less predictable with blurred boundaries between external and internal risk factors.

“They require an integrative national strategy and cooperation within a framework of regional as well as international organisations and institutions,” it added.

The document also noted that even though the activities of the terrorists had largely been degraded by the combined efforts of the Armed Forces of Nigeria and other security agencies as well as the Multi-National Joint Task Force, there were still concerns that the terrorist groups remained a threat.

It added, “The threat of terrorism and violent extremism has continued to challenge our security forces over the last decade. The splintering of Boko Haram terrorists into two factions has compounded the complexity of the threat environment.

“The objective of the factions is to undermine the public trust in government. This is in consonance with the rise in global terrorism as a strategic threat with a significant increase in its logistical, financial and operational capabilities. The Boko Haram terrorists and ISWAP have continued to carry out intermittent attacks on isolated targets with the ultimate aim of creating an Islamic Caliphate in the North-East.”

The document, however, added, “The potential use of disruptive and emerging technologies remain a key concern considering growing advances in this field and the possible attack on Critical National Information Infrastructure,” especially with the risk of such weapons and materials being acquired by terrorists groups.

How we plan to combat the terrorism –FG

While pointing out its strategy to address the challenges, the Federal Government said it would conduct timely threat analysis and that in recognition of the critical role of criminal justice in counter-terrorism, it would strengthen its criminal justice system, including investigation, evidence collection and prosecution, to bring terrorists to justice.

It added, “In furtherance of our national security objectives, we will sustain a whole-of-government approach through strong inter-agency platforms and mechanisms at strategic and operational levels to ensure the realisation of counter-terrorism mandates. Under these special platforms, we will conduct timely threat analyses and share information at home and with our partners.

“We will partner with domestic and international Information Technology companies to counter violent extremism narratives online. We will upgrade border, maritime, aviation and cyber security measures.”

The 2019 National Security Strategy document added that Nigeria as a signatory to a “number of international conventions on the non-proliferation of weapons of mass destruction and the peaceful use of CBRNE materials” would pursue these commitments to ensure peace and security.

The document added, “There are known incidents of the use of explosive precursors such as ammonium nitrate by Boko Haram to make improvised explosive devices in Nigeria. To improve our resilience and preparedness for CBRNE threats and challenges, we will carry out national risk and threat assessment for CBRNE material and facilities and ensure adequate implementation of strict measures on storage, transport, import and export of CBRNE materials.”

The government also cautioned that the challenges that were likely to drive Nigeria’s security priorities in the next five years with both short- and long-term implications could be grouped as the following security threats; terrorism and violent extremism, banditry, kidnapping, militancy and separatist agitations, pastoralists-farmers conflicts, transnational organised crime, piracy and sea robbery, porous borders and cybercrime.

The government, however, promised that it had prepared adequate response plans to each of the challenges.