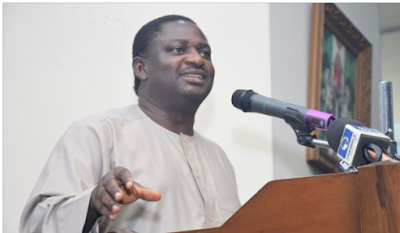 Femi Adesina, spokesman of President Muhammadu Buhari, says Nigeria would have been a better country if the president’s military regime had lasted longer.

Adesina said this in an article celebrating the president’s birthday which was shared on his Facebook account on Tuesday.

Buhari led Nigeria as a military dictator from 1983 to 1985 before he was deposed and replaced by Ibrahim Babangida.

According to Adesina, Buhari’s regime led Nigeria on the right path “till forces of reaction struck, and we were back to worse than square one”.

“I have said it before, and I say it again. I have followed Buhari since he was a military ruler, when I was an undergraduate,” he said.

“And if that regime had lasted for longer, Nigeria would not be in the doldrums that she found herself. It was a tough administration, but which was leading us on the right path.

“You could imagine my joy when Buhari eventually emerged civilian President after 12 years of struggle. I didn’t think I was going to ever serve in government, but I found myself in it. Just because it was Buhari.”

Adesina added that he remains a “dyed-in-the-wool Buharist” irrespective of what others see as “foibles and failings of the administration”.

He said unlike “many past leaders,” the president is not a thief, adding: “We know people who were worth only thousands when they got into leadership positions in this country, but they came out in obscene wealth.”

The presidential spokesman also dismissed the “jaded” talk of the fight against corruption being selective, saying those of that opinion are “operating from a mindset”.

“No matter who you are, however close you can be to him, when it comes to corruption, this President speaks up for no one. That is why the anti-corruption agencies are making conquests. He tele-guides them in no way,” he said.

“If all the information you consume is from social media, and the critical segment of the traditional media, you will likely miss the correct pulse of the country.”