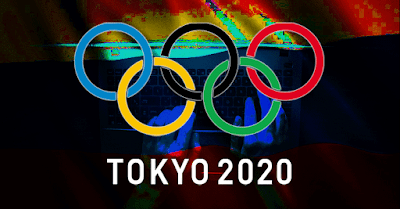 Minister of Youth and Sports, Sunday Dare, has disclosed that Nigeria would need a whooping N14bn to adequately prepare for next year’s Olympics Game in Tokyo but reveals that the ministry has just N2bn in their budget.

Dare who spoke during the launching “the Adopt Campaign” in Lagos urged the corporate world to throw their weight behind the government to help keep the hopes of the athletes alive by supporting the initiative.

“The hope of the athlete is to be at the Olympics or the World Championship for their sport, to stand on the podium, and fly their country’s flag,” Dare said.

“They want to be the reasons why Nigeria’s flag should be hoisted and the national anthem is sung while the world watches. This is their reward but it is also our honour and prestige, and pride among nations.

“It is this hope that drives them to invest in themselves, to work hard, to endure all odds, and try to surmount every challenge. We are that hope. Let’s not dash it,” the Minister appealed.

“To prepare for the Olympics, we need about N14bn and what we have in our budget is less than N2bn.

“This is why we want the corporate world to come in and support our quest to do well at the Olympics. Government cannot do it alone.

He added, “For the Adoption Programme, we hope to reach at least 25 athletes in 11 of sports, with our 2020 Tokyo Olympic hopefuls. It is our belief that we have partners who will adopt one or any number of athletes and support them to win gold.

“By this, we hope we can give them the right pedestal to flourish, guarantees increased chances of success at the games.

The sports ministry’s Adoption Campaign started on a good note as companies adopted some of the athletes Nigeria would be banking on for medals in Tokyo.

The Overseas-based athletes who are adopted will get $20,000, while those from home would pocket $10,000 from the individuals and corporate bodies that adopted them.