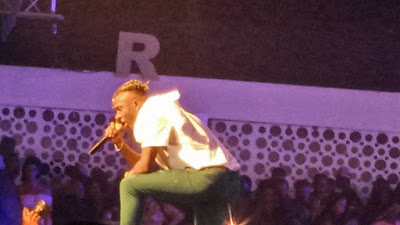 On Wednesday, 18th  of  December, 2019, an ensemble of some of Nigeria’s biggest entertainers, thronged Balmoral Hall of the Federal Palace Hotel to witness Zlatan Ibile’s concert tagged Zlatan Live In Concert.

One of the downsides of the show was that it started late. Fans of the  Zanku crooner had filled up the Balmoral  Convention  Centre expecting the rapper to show up. Sadly, the entertainer didn’t mount the stage till about 1.24 am on Thursday morning.

The high point of the show was when Naira Marley, Peruzzi, Mayorkun and Stylplus mounted the stage. The performances were electrifying as the fans asked for more.

Amazingly, the show ended at about 4.45 am on Thursday morning. Though the concert was greeted with a lot of blind-spots, however Zlatan still managed to enliven his fans.