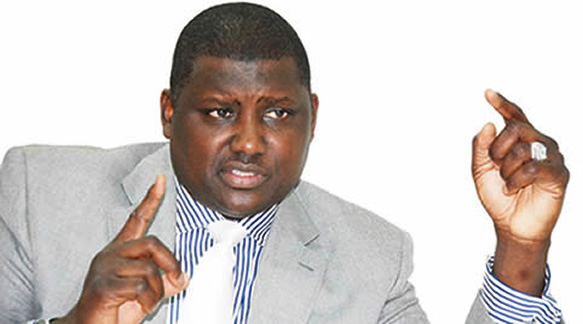 A younger sister of Abdulrasheed Maina, Mrs Abdullahi Fatima, on Wednesday, testified against him in his ongoing trial on money laundering charges before the Federal High Court in Abuja.

Maina, a former Chairman of the then Pension Reform Task Team, is being prosecuted alongside his firm, Common Input Property and Investment Limited on charges on 12 counts of money laundering involving N2bn.

The defendants are being prosecuted by the Economic and Financial Crimes Commission.

Testifying as a prosecution witness, Fatima told the judge, Justice Okon Abang, that she was born by the same parents with Maina.

She said, “Sometimes in August, 2019, I went to the ATM of Diamond Access Bank to withdraw some money.

“Unfortunately, I could not. So, I went inside the bank to see the manager to complain. The manager told me to hold on, that he would find out the reason.

“So when the EFCC official came, they took me to their office for questioning. When we got there, the officials were asking me if I know any company by the name Common Input, to which I told them I do not. In fact, that was the first time I was hearing about the name.

“They told me that there was a transaction in Common Input and I told them I am not aware of the transaction. So, they made me to write a statement.

“Afterwards, I was given an administrative bail on the same day and that I should proceed to the EFCC office in Abuja the next day.

“The next day, I went to the Abuja office together with my lawyer. The officials also asked me if I know any company by the name Common Input, to which I say I do not.

Justice Abang adjourned till December 16 for cross-examination by defence counsel.