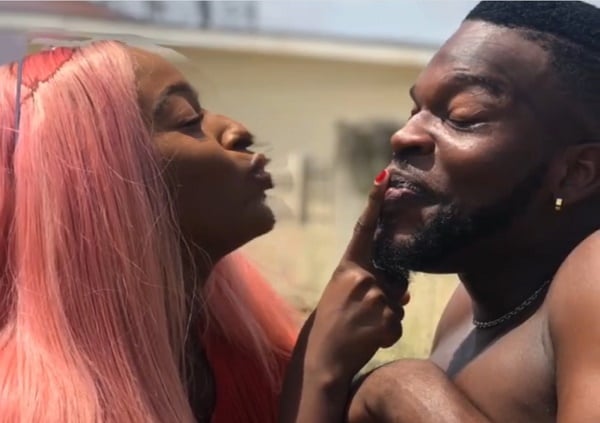 Femi Otedola, Nigerian business mogul, has referred to Samuel Perry, a comic-actor better known as Broda Shaggi, as his “son-in-law”.

The billionaire stated this while reacting to a comic video involving Florence, his daughter who is better known as DJ Cuppy, and the comedian.

In the short video clip posted on Instagram, Shaggi is seen trying to woo her and soliciting for her hand in marriage.

“Anytime I see you, my mind is always flabbergasted. My mind always beats like a drum set each time I see you. I just want us to be one because whatever God has turned to one should remain one,” Shaggi had said.


Seemingly taken out of the blue, Cuppy had asked Shaggi if all was well with him.

“Is everything okay with you?,” she had asked in return and subsequently “kissed” him.

Cuppy further accompanied the video with a caption that reads: “Dreams really do come TRUE!“.

The short video clip, which has since been generating several reactions, caught the attention of the billionaire businessman.

He took to the comment section of the post to express delight at the romantic comic video and then described Shaggi as his “son-in-law”.


Otedola recently donated N5 billion to Save the Children, the 100-year United Kingdom-based charity, to support its intervention in the north-east.

The business mogul also expressed gratitude to his fans last week after he attained one million followers on Instagram.