Miscarriages taught me a lot about motherhood-Beyonce 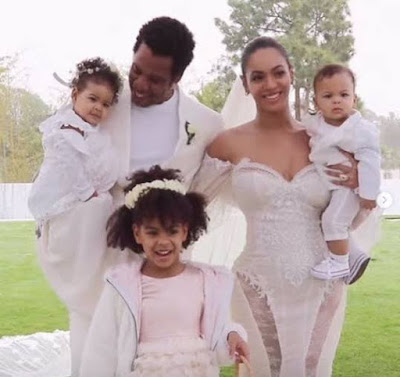 Beyonce Knowles, renowned singer, says having miscarriages taught her things she never knew she needed to learn about motherhood.

The 38-year-old soloist, who is married to Jay-Z, an American rapper disclosed this in an interview with Elle Magazine, while speaking on her personal experiences with having several miscarriages and motherhood.

She said the criticisms she received over her body and the miscarriages she suffered in the course of motherhood forced her to rethink her standards and value herself beyond physical appearance.

The ‘Lemonade’ crooner also revealed that her search for a deeper meaning to life was renewed and she learned she needed to manage herself well to be a better mother to her kids.


“I began to search for deeper meaning when life began to teach me lessons I didn’t know I needed. Success looks different to me now. I learned that all pain and loss is, in fact, a gift,” said the singer.

“Having miscarriages taught me that I had to mother myself before I could be a mother to someone else. The quest for my purpose became so much deeper. I died and was reborn in my relationship, and the quest for self became even stronger.

“If someone told me 15 years ago that my body would go through so many changes and fluctuations, and that I would feel more womanly and secure with my curves, I would not have believed them.

“But children and maturity have taught me to value myself beyond my physical appearance and really understand that I am more than enough no matter what stage I’m at in life.

“Giving zero f**ks is the most liberating place to be, also knowing true beauty is something you cannot see. I wish more people focused on discovering the beauty within themselves rather than critiquing other folks’ grills.”

The pop and R&B superstar has Blue Ivy, her seven daughter, and Rumi and Sir, her two-year-old twins, with Jay-Z.

Beyonce has made impressive strides in the music scene over the years — collaborating with African artistes for her 2019 album and earning herself numerous awards and heated accolades.