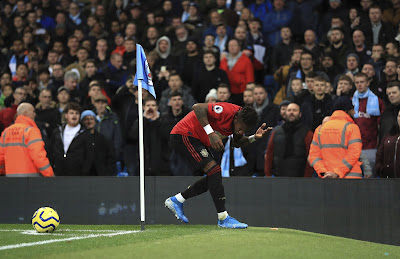 “Police were called to a report of a supporter making alleged racist gestures and sounds towards players during the Manchester City and Manchester United derby,” said Greater Manchester Police in a statement.

“A 41-year-old man has been arrested on suspicion of a racially aggravated public order and remains in custody for questioning.”

City pledged to take a zero-tolerance approach against supporters found to have subjected United players to racist abuse after the Premier League champions lost 2-1 to their local rivals on Saturday.


United midfielder Fred was hit by objects thrown from the crowd as he prepared to take a corner in the second half and footage on social media appears to show a City fan mimicking a monkey at the Brazilian.

United manager Ole Gunnar Solskjaer said both Fred and Jesse Lingard had been “affected” by the alleged abuse.