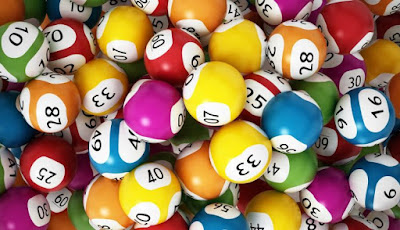 Following the exclusive rights obtained by Western Lotto Nigeria Limited to sell and promote Ghana Games in Nigeria and its seeking a Federal High Court order to stop the sale of the games by others, lottery operators in the country are at daggers drawn with some of them claiming that the agreement between Western Lotto and LMC VAS Ghana, owners of the Ghana Games intellectual property is an attempt by Western Lotto Limited to appropriate the regulatory functions of the NLRC as the sole regulator of the lottery industry in Nigeria.

But Western Lotto, in a letter to the Director General of the National Lottery Regulatory Commission, debunked the claims, saying its suit against the lottery operators was borne out of altruism to halt the diversion of revenue meant for the government by the operators.

Western Lotto, in the letter signed by Ms Chidinma Osaji, its General Counsel, said “The purpose of joining the NLRC, as the regulator of the lottery industry in Nigeria, is to cause the Commission to issue a circular to the 3rd to 25th Defendants and every member of the class of defendants represented by them (essentially all the NLRC licensed lottery operators in Nigeria) requiring them to desist from passing off their 5/90 lotto products and games as “Ghana games” or offering them as such.”


It added, “Western Lotto’s patriotic action will now lift that cloud and create transparency in the industry. It should not be punished for this but be encouraged by NLRC.”

Osaji, who stated that since the enactment of the National Lottery Act in 2005 only N7 billion had been remitted by national lottery licencees, added that, “In the past, the operations with these names were shrouded in secrecy by the operators and this lack of transparency meant that only what they declared was known whilst it was common knowledge that billions were being made daily. Indeed, the Federal Government has incurred massive losses estimated at billions of naira from lost revenues due to it from lottery proceeds. This has been the subject of investigations by EFCC and oversight committees in the National Assembly.”

According to Western Lotto, most of the lottery operators have been short-changing the Federal Government in the payment of taxes.

It stated that “Some of the major operators are generating over N300 billion a year without paying the requisite taxes to the Federal Government. Many of them have more than one platform which remain hidden from the NLRC and which they have been using to perpetuate their illegal activities in order to not pay taxes to government.

“Also, about three bet companies are generating N1,500,000,000.00 each daily and over N45,000,000,000.00 monthly. It is common knowledge in the industry that there are some lottery and bet companies that share over N10billion profit among themselves on a monthly basis. How much do they remit to the NLRC? It is on record that some have just been paying a token on yearly basis to the NLRC until recently when the House of Representatives beamed searchlight on their activities.”

Western Lotto said with the exclusive rights obtained by it to market the games, there would be full disclosure which would assist the NLRC to generate billions of naira yearly from each of the major operators.

While calling on the Economic and Financial Crimes Commission (EFCC) to check the finances of lotto operators with a view to determining their level of compliance with the nation’s tax regulations, the company said its action would help in streamlining sales and promotion of the Ghana Games in Nigeria such that all the lottery operators that sell and are interested in selling the games will have their platforms linked to the NLRC and Western Lotto Nigeria Limited.