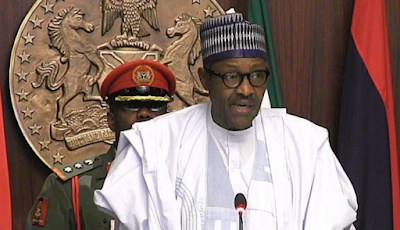 As the United States of America (USA) tackles President Muhammadu Buhari led federal government over religious freedom, the Islamic Movement of Nigeria (IMN) has backed the position of the Christian Association of Nigeria (CAN) that the US government was rightly justified to have included Nigeria on a special watchlist for having “engaged in or tolerated severe violations of religious freedom”.

It was gathered that IMN on Monday, in a statement signed by its president, Ibrahim Musa maintained CAN position on religious freedom, and dismissed claims by the federal government alleging that the leader of the group, Ibrahim El-Zakzaky is being detained for committing crimes, saying the Nigerian government is simply being intolerant to diverse religious beliefs.

Recall CAN in a statement by Adebayo Oladeji, the Special Assistant (Media & Communications) to its President, Reverend Samson Ayokunle, said it is an open secret that Nigerian Christians are having a raw deal under the administration of President Buhari.

“We are not happy that our country is being listed among the nations where religious intolerance is one of their hallmarks but it gladdens our hearts that, at least, the global community is not unaware of the fact that Nigerian Christians are becoming an endangered species in their Fatherland,” the statement read.


Maintaining the same stance, IMN said the actions being perpetrated by agents of the Buhari government have kept infringing  on the fundamental and religious rights of citizens, specifically members of the group.

The Islamic group said they were vehemently opposed to the statement credited to  Nigeria’s minister of information, Lai Muhammad, who claimed that the government has acted in consonance with the provisions of law.

The IMN in the statement further alleged that El-Zakzaky and his adherents were being persecuted owing to their religious beliefs.

IMN denounced the allegations levied against its leader, while urging the federal government to concede to courts orders to release the shite honcho.

Both CAN and IMN’s reactions are coming on the heels of statements made by the Minister of Information and Culture, Alhaji Lai Mohammed, condemning the US action.

The US placed Nigeria is a watch list that contains countries such as Burma, China, Eritrea, Iran, North Korea, Pakistan, Saudi Arabia, Tajikistan, and Turkmenistan.

The Nigerian government on Sunday said it rejected the US designation of the country as one that perpetuates severe violations of religious freedom, alleging that the US was trying to create mistrust among the various religious groups in Nigeria.

In a statement issued in Abuja, Minister of Information and Culture, Lai Mohammed said Nigerians enjoy unfettered freedom to practice their religions.

He added that it was unfortunate that the U.S. fell for the antics of “the discontented and the unpatriotic few, who will not hesitate to hang Nigeria out to dry on the altar of their inordinate ambition and their sheer animosity towards the Buhari-led administration”.

The government statement rejected the US designation of the country as a nation that engages in or tolerates severe violations of religious freedom, saying the iniquitous tag stems from an orchestrated narrative that has long been discredited.