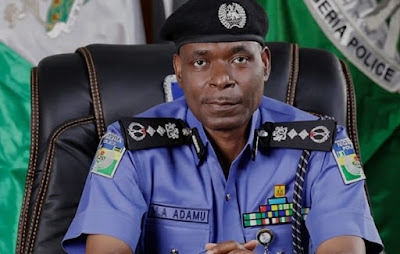 Mohammed Adamu, inspector-general of police (IGP), has ordered the suspension of the APC rally scheduled for Friday in Benin to welcome Osagie Ize-Iyamu, former governorship candidate of the PDP, to the party.

Speaking at a press conference in Abuja on Thursday, Philip Shaibu, deputy governor of Edo state, said he received the letter suspending the rally about 5pm at the force headquarters.

He said he had told the IGP that the security of the participants of the event cannot be guaranteed.

According to Shaibu, the rally was “a mere disguise to disrupt public peace”.

He said it was “heartbreaking” that Adams Oshiomhole, national chairman of the APC, whom he described as his father, was leading the campaign to “create division within the party”.

He said Oshiomhole, who has been suspended from the party in the state, has no say in decisions taken in the state.

The IGP earlier granted the APC permission to hold the event to receive Ize-Iyamu, but Godwin Obaseki, governor of Edo, said he was not aware of any ”APC rally” in the state.

Anselm Ojezua, the state APC chairman, also said party leaders were unaware of the rally and asked members in the state not to participate in the event.