I was wrongly banned by FIFA -Siasia declares 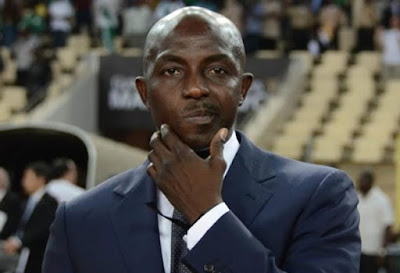 Former Super Eagles coach, Samson Siasia, has stated that he has been wrongly accused, banned and fined by FIFA for an offence he never committed.

Siasia was fined $50,000 and banned for life by FIFA for allegedly agreeing to ‘the manipulation of matches’ for betting purposes.

In a media statement, the 54-year-old lamented how his effort to clear his name from the embarrassing claims has been frustrated by FIFA.

He also stated that FIFA has so far not presented proof to back their claims that he indulged in the allegations levelled against him.

“At this appeal, because I know that I am very innocent of the charges and I never participated in any of the previous proceedings simply because I was unaware, I was so confident I had a strong case and instructed my legal representatives in this matter,” Siasia stated.


“My lawyers have informed me that CAS made a decision which favours FIFA and prejudices me to strike out my claim for compensation and have thus reinstated it.

“I am saying I was wrongly banned for life, and because FIFA informed the whole world of my alleged commission of the offences of match fixing and bribery I feel I am entitled to claim for compensation for this terrible slaw and aspersion that they cast against my character globally.

“I want the world to know that rather than correct itself now that FIFA knows of the strength of my appeal and the evidence given thus far to prove that I could not have committed the alleged offences of match fixing and bribery, FIFA continues to spread false allegations that I was involved with the match fixer without any shred of evidence and has continued to do so because it knows there is no compensation claim.”

Siasia also expressed dissatisfaction at the Nigeria Football Federation for their lack of support in his quest to clear his name.

“I do not want to interfere with my lawyers professional course of duty, but my family and I are pained that the Nigeria Football Federation and other agencies of Government are yet (in spite of promises) to lift a finger in my support.

“No overtures have been made to my lawyer and I with support, financially and otherwise officially, all I have heard from Mr Pinnick through my wife is that they will be supportive, it’s a mantra I have been hearing since August when this matter happened up till date.”