I am greater than Sango and Ogun - Oluwo of Iwo says 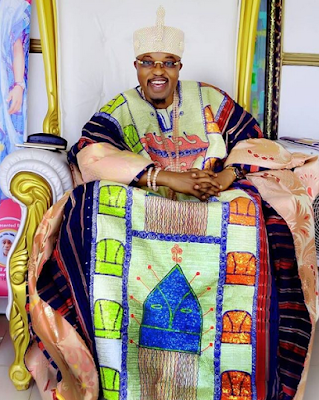 The Oluwo of Iwo, Oba Abdulrasheed Adewale Akanbi says he is greater than the duo of Sango and Ogun, two deities worshipped by the Yoruba.

He said, though he respected the deities for the role they played during their eras and proud to call himself their son, he stressed that education and exposure to other societies had elevated him beyond the accomplishments of the deities.

The Oluwo maintained that greatness should not stop during the age of forefathers, declaring that if he is not greater than his fathers, it is a sad end to the fathers.

He urged traditional religion adherents to make the deities attractive instead of making them a monster which scares the people.

“Our deities should be repacked to attract tourists all over the world. We have had enough of doing the same thing which is giving us same result all over and over again.

“I am repackaging our ofin fabrics to appear more beautiful. The white see me at airport and plead to take pictures with me because of my shining attire,” he disclosed.