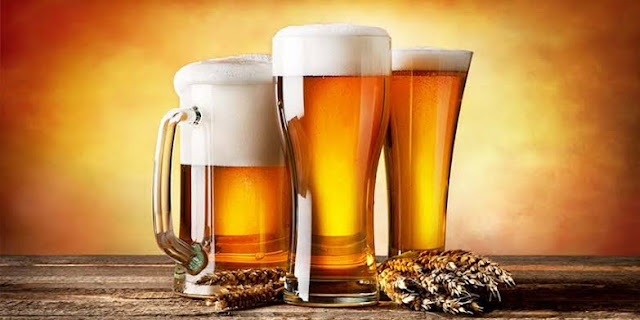 Beer makes up more than 40% of alcoholic drinks consumed globally and is the third most popular drink worldwide after water and tea.

This enjoyable beverage is widely-consumed and is recorded as one of the oldest alcoholic drinks in the world.

Although it associated with lifestyle choices and social activities, beer contains some incredible properties making it an incredible health boost for humans.

It should be noted that the health benefits of beer are mostly functional when consumed moderately and responsibly.

Without further ado, these are the four reasons you should consume more beer:

A study conducted by the University of Western Ontario suggests that drinking beer can minimize the risk of cataract.

Great for the heart

Beer has a thinning effect on the blood thereby decreasing any chances of a blood clot, which causes blockage of the coronary artery as well as the reduction of the risk of inflammation which causes atherosclerosis.

Coronary heart disease (CAD) is one of the most common kinds of heart diseases affecting individuals in a wide age range and the function of beer reducing the chances of a blood clot in the coronary artery, a major cause of CAD, is a big deal.

You can say goodbye to acne or blackheads with beer. The vitamins present in this beverage act as corrective forces for skin acne. Beer is a great cleanser and dissolves dead skin cells.

Additionally, it aids in balancing skin pH levels as well as increasing skin elasticity. When mixed with lemon juice, beer can act rapidly to clear skin depigmentation and blocked pores (the major cause of acne or skin breakouts).

Minimizes the risk of diabetes

Diabetes is a disease which causes a person’s blood glucose or blood sugar to be too high. The common kinds of diabetes include Prediabetes, Type 1 diabetes, Type 2 diabetes and Gestational diabetes.

A recent study by Harvard suggests that by drinking just a pint of beer daily, (moderate drinking) both males and females stand a lesser chance of developing Type 2 diabetes.

Although beer consumption is related to a number of health benefits, it is important to note that the keyword in it’s positive relevance to the health is drinking in moderation.

In the event of uncertainty, seel the counsel of a medical practitioner before drinking beer.