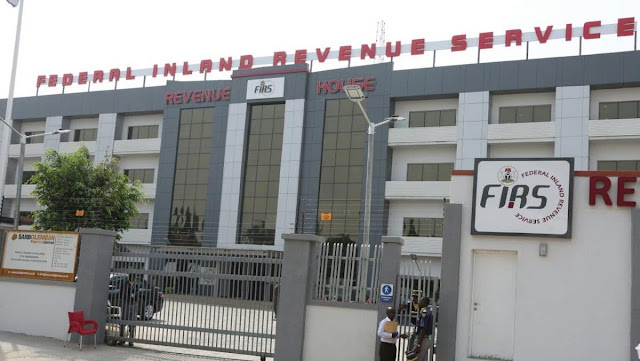 The Federal Inland Revenue Services, FIRS, has reacted to claims by former spokesperson of the All Progressives Congress, APC, Timi Frank, that it supported the party’s political campaign with the sum of N40bn.

The FIRS had said that Frank accused it of supporting APC campaigns with the sum of N40bn and N90bn at different periods through Vice President, Yemi Osinbajo.

The nations revenue service, however, described Frank’s allegation as “wicked, malicious and a calculated attempt” to smear its image and that of the Vice President.

In a statement signed by Head, Communications and Servicom Department, Wahab Gbadamosi, FIRS insisted that Frank’s allegation was a campaign of “calumny, vilifying, libellous, unfounded in fact, irresponsible and a brazen assault on the integrity of the Service.”


The statement reads: “First it was N90B, but now N40B. Which is which? It took a disgruntled politician to convey the fake news of N90B, now it is the services of an unquestioning PR newswire that is passing on the unsupported, baseless N40B bogus allegation. Whichever way whoever is behind this, a lie is a lie’’.

The FIRS in defence of itself said the last four years since Mr. Tunde Fowler has supervised operations at the FIRS, the agency had not received up to N100 billion, per annum, as Cost of Collection from the Federation Accounts Allocation Committee, FAAC. FAAC is a public institution, whose records are open to the public.

“That it is from the remittances from FAAC—which had never grossed up to N100 billion, PER ANNUM, that FIRS pays the salary and emoluments and trains it’s over 8000 staff, runs over 150 offices and provides for other needs of the Service.

FIRS maintains that it was not possible for it to commit all its resources to a phantom campaign of N90 billion as suggested by Mr. Timi Frank given that it barely has enough for its operations.

“That FIRS is a creation of statute and its activities are governed by the laws of the Federal Republic of Nigeria and financial regulations and thus, IT IS NOT PLAUSIBLE, that its funds could be expended in such a cavalier manner as suggested by Mr. Timi Frank.

“That FIRS Budget and expenditure approval processes pass through the Budget Office and the Ministry of Finance before such is presented to the National Assembly for Appropriation into Law. The National Assembly committees, consisting of all parties and inclinations exercise oversight function on all agencies of the Federal Government to ensure agencies keep to the letters of the Appropriation Act. Thus FIRS’ operations are subjected to Scrutiny and close monitoring by the National Assembly, the Federation Accounts Allocation Committee and the Ministry of Finance.

“It is therefore unthinkable, malicious and irresponsible for the said Frank to insinuate or infer that N90 billion or any part thereof could be spent illegally and without budgetary approval.