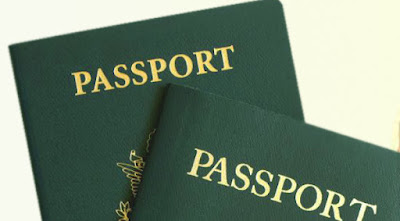 The Federal Government has concluded plans to introduce a new visa regime to address insecurity and enhance economic growth in the country by increasing Foreign Direct Investment.

Comptroller-General of Immigration, Muhammad Babandede said the new electronic visa would be unveiled by the Minister of Interior, Ogbeni Rauf Aregbesola before the end of the year.

The CG disclosed this in an interview with journalists at the 2019 NIS award night/end of the year dinner at the service headquarters in Abuja on Saturday.

The awardees were drawn from all commands of the NIS and were recognised for gallantry, bravery, resourcefulness and expertise in the course of their duties.

The CG, who also received an award presented to him by the Interior Minister, represented by Permanent Secretary, Ministry of Interior, Mrs Georgina Ekeoma-Ehuria said, “We have been operating with visas that did not target our economic growth, that does not look at our security situation, that is not very transparent.”

“I assure you, it (new e-visa) will be transparent, it will remove cash payment and ensure no security is compromised. It’s a balance between facilitation and transparency and protection of national security,” Babandede added.

The CG explained that the award night was meant to reward diligent officers and encourage them to put in their best in the New Year, noting that those who were indicted for corrupt activities or misconduct during the year were sanctioned.

He stated, “We have dismissed many officers in 2019 for corruption and for absenteeism. We have reduced the ranks of many officers, some of them are still under investigations for taking money from applicants and ordinary Nigerians who want to get service which was supposed to be free.”