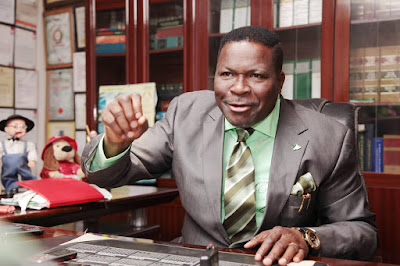 Abubakar Malami, attorney-general of the federation, who gave the directive on Tuesday, said the move is in compliance with court orders granting both men bail.

Sowore was detained by the secret police in August while Dasuki has been in their detention since 2015. Several court orders had granted them bail which the government had failed to honour, citing threats to national security.

Reacting to the directive to release Sowore and Dasuki, Ozekhome said the federal “is beginning to see the importance of the rule of Law prevailing over rule of the thumb and over so-called national security”.


According to him, the government’s claim of national security “is a euphemism for security of a government in power”.

“The order by the Federal government through the Attorney General of the Federation, Abubakar Malami, SAN, for the immediate release of Colonel Sambo Dasuki who has been in detention for about 4 years, and Omoyele Sowore, who has been detained since August,2019, is salutary for democracy, respect for fundamental rights of the citizens and observance of rule of law,” the statement read.

“I am happy the government has finally realised its faux pas and is seeing the same light which I saw since 2015 when I kicked against the illegal incarceration of Dasuki. It is never too late to take corrective measures and make amends. There is nothing like something good happening at a bad time, or something bad happening at a good time.

“This government is beginning to see the importance of the rule of Law prevailing over rule of the thumb and over so-called national security, which is a euphemism for security of a government in power.”

He urged the government to also order the release of Ibraheem El-Zakzaky, leader of the Islamic Movement in Nigeria (IMN).

He added that el-Zakzaky, like Sowore and Dasuki, is perceived worldwide as a political prisoner.

“The government should add Elzakzaky to the list of detainees to be released, because the whole world, aside government apologists and grovellers, see all of them as political prisoners,” he said.

“Respect for rule of law and citizens’ fundamental rights constitute some of the key building blocks of democracy. Obedience to court orders, however distasteful, constitute the irreducible minimum of a civilised nation. The government should build on this fresh air of freedom to stop tormenting Nigerians with maximum fear and subjugation, making them discuss in whispers and walking sumnabulistically like Ayi Kwei Armah’s “the living dead”.

“I thank Mr President. I commend the Attorney General of the Federation, Abubakar Malami m, SAN, for this democratic gesture.”