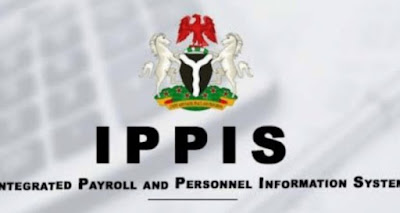 The Federal Government has enrolled over 39,160 university lecturers in 27 universities into the Integrated Personnel Payroll Information System.

The Director, IPPIS in the Office of the Accountant-General of the Federation, Mr Olufehinti Olusegun, gave the figure during an exclusive interview with our correspondent on Friday.

He said the over 39,160 enrolment figure for the 27 universities was what had been compiled as at 5pm on Friday.

He said that contrary to objections raised by members of the Academic Staff Union of Universities to the IPPIS initiative, many of them have been enrolled into the platform.


Giving a breakdown of the IPPIS enrollment, he said over 3,000 workers had been enrolled at the University of Benin while University of Port Harcourt and Ahmadu Bello University had enrolment figures of about 1,900 and 3,500 workers respectively.

He said in most of the schools where the exercise was being implemented, the level of turnout from university lecturers had been “impressive”.

He told our correspondent that the figure would keep increasing as the deadline approaches.

The IPPIS enrolment which commenced on November 25 would come to an end on December 7, 2019.

Olusegun said, “The enrolment is ongoing and we are having impressive results. Even the ASUU members are now coming to enrol.”

When asked if the December 7 deadline would be extended, he said this would depend on the areas so far covered and the gaps that exist in the enrolment exercise.

He said, “The timeline for the deadline is tomorrow (Saturday) but in some locations, the enrolment didn’t start until Wednesday. So for those categories, we still have a number of days to conclude the assignment.”

In view of the number of those that have yet to be enrolled, he said some Vice-Chancellors had started sending requests for an extension of the exercise.

“When we are done with the exercise, we will know how many days will be required to complete the process,” he added.

Branches of the Academic Staff Union of Universities in federal universities across the country, had in separate interviews with The PUNCH, vowed to shun the registration for IPPIS.

The IPPIS platform is an integral part of the Federal Government’s public finance reform initiative, which it said was aimed at ensuring transparency and accountability in the management of government payroll.