Fashola, Keyamo, four other lawyers in Buhari’s cabinet who are ‘silent’ on DSS invasion of court, Sowore’s treatment 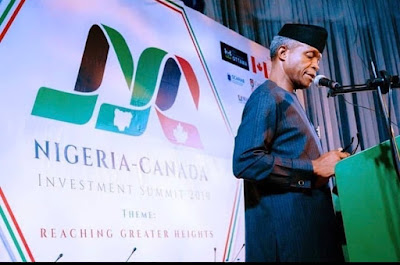 At least, six members of President Muhammadu Buhari’s cabinet, who are lawyers, have not publicly condemned the illegal detention of an activist, Omoyele Sowore, by the State Security Service (SSS). Majority of them have simply kept mum, publicly, on the matter.

They have also refused to publicly comment on Friday’s invasion of a federal court by SSS officials, a move for which the Nigeria Bar Association (NBA) has demanded the suspension of Yusuf Bichi, the Director General of the SSS.

Sowore, the publisher of Sahara Reporters, and an activist, Olawale Bakare, are charged with treasonable felony, fraud, cyber-stalking and abusing President Muhammadu Buhari.

On two occasions, the court ruled that the duo be granted bail, but the DSS failed to obey the court orders.


Sowore, who was arrested on August 3 by the SSS for planning a protest popularised with the hashtag #RevolutionNow, was granted bail for the second time on October 18.

SSS did not respect a previous bail granted the defendant on September 24.

Justice Ijeoma Ojukwu on Thursday ordered that both men be released within 24 hours.
The SSS, in a bid to claim to have complied with the order, released both men Thursday night before re-arresting them Friday morning in court.

The armed officials went into the court premises to violently apprehend the activists, the first time in the nation’s history.
The SSS, which is under the purview of the president, is notorious for disobeying court orders.

None of the six lawyers in Buhari’s cabinet has publicly condemned the disobedience of court orders generally including in the case of Sowore or the desecration of the court on Friday in the bid to rearrest the activist.

This newspaper looks at six lawyers in Buhari’s cabinet and their legal career. 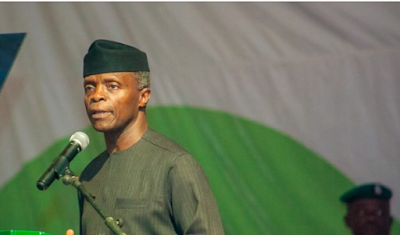 Between 1997 and 1999, Osinbajo was made a Professor of Law and Head of Department of Public Law, University of Lagos. He was the Attorney-General and Commissioner for Justice in Lagos from 1999 to 2007.

Osinbajo, as acting president, acted promptly on August 7, 2018, when he sacked the former SSS, DG, Lawan Daura, after the police and operatives of the SSS blocked the main gate of the National Assembly, forcefully preventing lawmakers and staff from gaining access into the complex.

Buhari was out of the country at the time.

Osinbajo has not publicly condemned Sowore’s treatment or other violations of court orders including Friday’s court attack.

Festus Keyamo
Keyamo, the current state minister of labour and development, began his legal career in 1993 at Gani Fawehinmi Chambers in Lagos State. 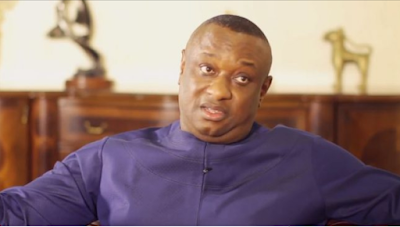 During active practice, Keyamo was counsel to the leader of the Niger-Delta Peoples’ Volunteer Force, Mujahid Dokubo-Asari, in his trial for treasonable felony.

Keyamo, a Senior Advocate of Nigeria, has been accused by many Nigerians, especially on social media, of abandoning activism since he secured his ministerial appointment.

Babatunde Fashola
Another lawyer in the Buhari-led administration that has not commented on the illegality of Sowore’s detention or general disobedience to court orders is the Minister of Works and Housing, Babatunde Fashola. 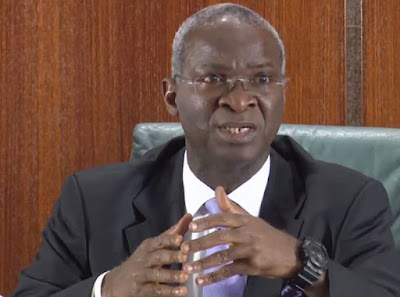 Fashola was called to the Nigerian Bar as a solicitor and advocate of the of the Supreme Court in November 1988 after completing the professional training programme at the Nigerian Law School, Lagos which he undertook between 1987 and 1988.

His legal career commenced in the law firm of Sofunde, Osakwe, Ogundipe and Belgore, where he started as a litigator in specialisations such as intellectual property and criminal law.

Fashola, a Senior Advocate of Nigeria, is also a Patron of the Law Students Association of the University of Benin.

Godswill Akpabio
Although not much has been reported about his legal career, the Minister for Niger Delta, Godswill Akpabio, obtained a law degree in the University of Calabar, Cross River State. 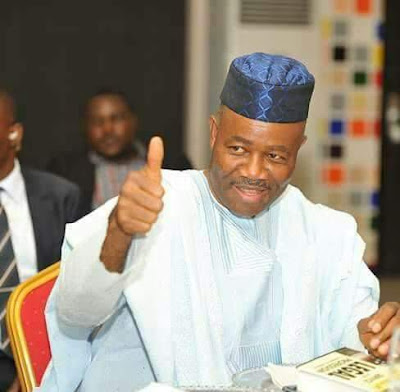 Akpabio had a brief stint as a teacher and as an associate partner with Paul Usoro and Co., a law firm in Nigeria.

However, Akpabio did not practice for so many years before he began working with EMIS Telecoms Limited, a wireless telecommunications company in Lagos. In 2002, he rose to the position of the Managing Director/Chief Executive Officer of the company.

Boss Mustapha
He is the Secretary to the Government of the Federation (SGF), Boss Mustapha.

Mustapha started his legal practice in Messrs Onagoruwa & Co in Lagos as a Counsel in 1983. He had a stint at an Italian consultancy firm Sotesa Nigeria Limited earlier. 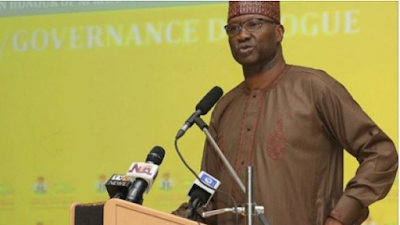 In 1994 he established his own law practice firm Messrs Mustapha & Associates and served as its Principal Counsel until 2000. He later worked in another law firm Adriot Lex & Co. serving as Principal Consultant from 2000 to 2006.

Abubakar Malami
Unlike the others, Nigeria’s Attorney-General, and Minister of Justice, Abubakar Malami, has repeatedly spoken in support of the disobedience to court orders. 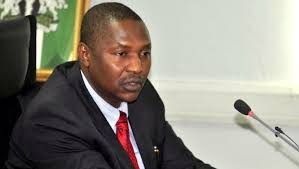 The Senior Advocate of Nigeria has argued that court orders can be ignored on matters of national security which he argues supersedes individual freedom.

Abubakar graduated from Usmanu Danfodio University, Sokoto in 1991, where he studied law and was called to the bar in 1992.

As a legal practitioner, Abubakar served in various capacities including being a counsel and magistrate in Kebbi State and as National Legal Adviser of the defunct Congress for Progressive Change (CPC).

Officials Keep Mum
Efforts  to reach some of the government officials were unsuccessful. Mr Keyamo, and Laolu Akande, Mr Osinbajo’s spokesperson, did not respond to calls and text messages sent to them.

However, the spokesperson for Mr Fashola, Hakeem Bello, in a telephone interview on Saturday morning, declined to speak on the matter. He referred enquiries on his principal’s stance to the attorney-general, Mr Malami, who has repeatedly justified the actions of the SSS.

Dangerous situation – Lawyer
Mike Ozekhome, a lawyer and a Senior Advocate of Nigeria, said ”the quietness of the six cabinet members in the face of human rights violations, means danger for the citizens”.

He noted that most of the lawyers highlighted by this newspaper” are not ordinary lawyers but senior colleagues in the profession”.

He, however, said”it is hard to criticise the government when one is part of governance.”

“That is why some of have refused to go into governance. Not because it does not afford the opportunity to serve the people but because we can serve the masses from different perspectives.”

He lamented the impunity and total violation of the provisions of the Administration of Criminal Justice Act by the current government.