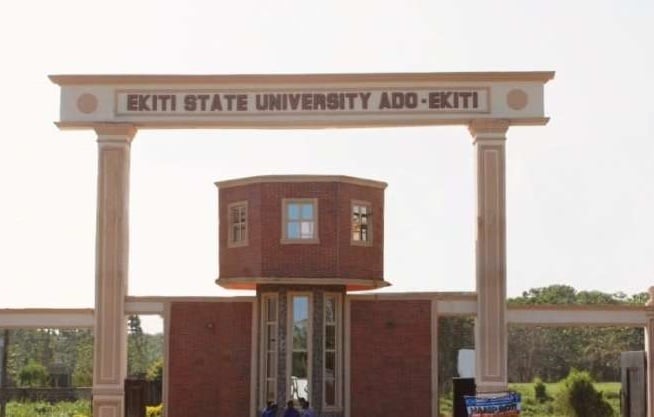 The management of the Ekiti State University (EKSU) in Ado Ekiti has sacked Olola Aduwo, one of its lecturers, over the alleged s3xual harassment a female student of the institution.

Aduwo, who works with the institution’s Department of Accounting, was relieved of his office after he was found culpable of harassing the said victim.

The development, which also saw the varsity sack two other lecturers for abandoning their duty posts, comes after an investigative panel turned in its findings to EKSU’s senior staff disciplinary committee.

“The University Governing Council, at its 135th meeting held December 5, 2019, approved the recommendations of the Senior Staff Disciplinary Committee (Academic) that recommended his dismissal,” said Bode Olofinmuagun, an EKSU spokesperson.

While the EKSU’s governing council stated that the lecturer’s dismissal would come to effect from October 7, Edward Olanipekun, the institution’s vice-chancellor, added that the university would continue to flush out “bad eggs” in the system.

Aduwo’s dismissal also comes shortly after EKSU had announced the sack of over 800 workers following a staff audit. The development affected workers who assumed office between 2016 and 2018.

“The Governing Council of Ekiti State University considered the report of the staff audit carried out by a firm of external auditors commissioned to undertake general auditing of staff in the university,” Olofinmuagun had said.