EFCC to separate charges for Dasuki in new strategy 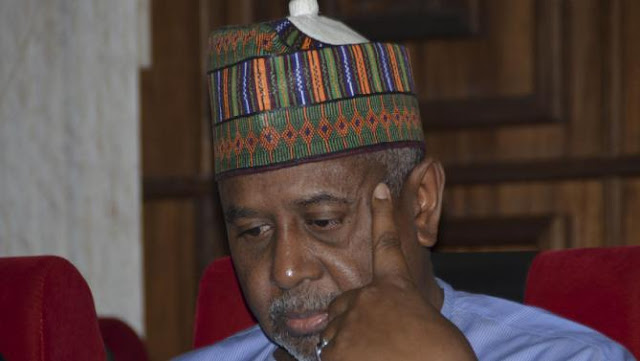 The release of a former National Security Adviser, Sambo Dasuki, after four years in the Department of State Services detention, has altered the Economic and Financial Crimes Commission’s strategy concerning the retired colonel’s trial.

It was gathered that the commission is going to jettison two separate applications to address the delay being caused in the ex-NSA’s trials due to his just-ended detention by the DSS.


“With the release of the ex-NSA, we are going to change our approach. The applications for seeking to separate his trials from that of his co-defendants and the other application seeking an order of the court permitting his trial to proceed with or without his presence in court may have to be withdrawn,” a top source at the EFCC said.

Dasuki, who was arrested by the DSS on December 29, 2015, was released on Tuesday after about four years of being detained by the DSS in disobedience to the various court orders granting him bail.

Also released from the DSS custody on the same day was the Convener of ‘RevolutionNow’, Omoyele Sowore, who was arrested by the DSS on August 3, 2019. He too was held in custody despite bail granted him by the Federal High Court in Abuja in September and November this year.

EFCC is prosecuting Dasuki before Justice Hussein Baba-Yusuf of the High Court of the Federal Capital Territory in Maitama, Abuja, on two separate sets of charges of diversion of funds earmarked for the purchase of arms needed to fight Boko Haram in the North-East.

In one of the cases, Dasuki is being tried alongside a former governor of Sokoto State, Attahiru Bafarawa; his son, Sagir Bafarawa; a former Minister of State for Finance, Bashir Yuguda; and Sagir’s firm, Dalhatu Investment, as defendants.

They are charged, among others, with diverting about N13bn said to have been meant for the purchase of arms.

In the second charge of 19 counts, Dasuki and Aminu Baba-Kusa and Baba-Kusa’s two firms – Acacia Holdings Ltd and Reliance Referral Hospital Limited – are accused of diverting N32bn meant for the purchase of arms.

Dasuki is also being prosecuted by the Office of the Attorney General of the Federation on charges of money laundering and illegal possession of firearms before Justice Ahmed Mohammed of the Federal High Court in Abuja.

But the cases have not made any tangible progress since 2015 largely due to the detention of the ex-NSA in disobedience to the bail granted him by various courts.

Compounding the problem are are the letters sent by Dasuki to both the FCT High Court and the Federal High Court in Abuja, in November 2018, indicating that he would no longer attend proceedings until the bail granted him by different courts were obeyed by the Federal Government.

Following the letter and the subsequent refusal by Dasuki to be brought to court by DSS operatives, the AGF office, through the prosecuting counsel, Dipo Okpeseyi (SAN), applied to the Federal High Court in Abuja to allow the ex-NSA’s trial on charges of illegal possession of firearms to proceed in his absence.

On November 19, 2018, Justice Mohammed granted the order for the trial to proceed with or without Dasuki’s presence in court.

The EFCC, through its lead counsel, Mr Rotimi Jacobs (SAN), had filed a similar application and another one seeking to separate Dasuki’s trial from that of his co-defendants, in respect one of the cases it instituted against the ex-NSA.

It had indicated its intention to file a similar application in the other case.

On December 11, 2019, Justice Baba-Yusuf adjourned the hearing of the applications till February 13, 2020, in one of the cases.

But since the EFCC prosecuting counsel had only informed the judge of the plan to file the applications in the second case, no date has been fixed for a hearing in the said case.

“With his (Dasuki’s) release from custody, it means we have to withdraw the applications and request that the trials resume with full force,” a top EFCC official told our correspondent.

On Wednesday, barely 24 hours after he was released from the four years long detention, Dasuki in an interview with the Hausa Service of the Voice of America, monitored in Abuja, said with his release, he was ready to face trial.

Asked to comment to respond to Dasuki’s assertion and the plan by the EFCC to adopt a new approach to the cases, the commission’s spokesperson, Mr Wilson Uwujaren, responded in a text message, stating, “Wait for the next adjourned date. The matter is before the court.”