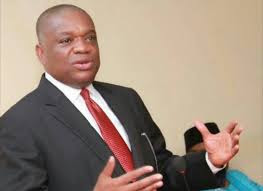 Orji Uzor Kalu, former governor of Abia state, has filed a bail application pending his appeal against his jail sentence.

The former governor, through his counsel, urged the court to grant him a post-conviction bail on health grounds.

The former governor stood trial on a 39-count charge brought against him by the Economic and Financial Crimes Commission (EFCC).

The judge also ordered that Kalu’s company, Slok Nigeria Limited, be liquidated and its assets forfeited to the federal government

In the appeal on Tuesday, Kalu said he is battling “serious health issues that the medical facilities in the prison cannot handle”.

He also added that as the senator representing Abia north, “the interest of his constituents would be in jeopardy if he was kept behind bars”.

He said since the offences he was convicted of were bailable, the court should free him while he challenges his conviction at the court of appeal.

But the EFCC opposed the bail, saying “bail is for accused persons on the presumption of innocence and he could no longer enjoy such privilege”.

Mohammed Liman, the presiding judge, adjourned the matter till December 23, 2019, for ruling.