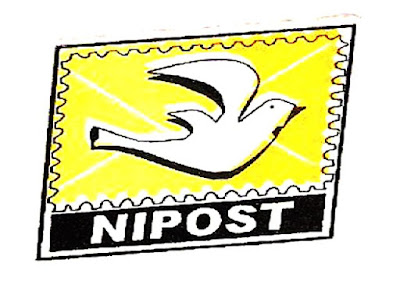 The Senior Staff Association of Statutory Corporations and Government Owned Companies (SSASCGOC) has urged the leadership of the National Assembly to wade into the brewing crises on collection of stamp duties among revenue collection agencies.

Dr Ayo Olorunfemi, General Secretary of the Union, while briefing newsmen during a protest at the National Assembly, said that more than 9,000 workers would lose their jobs with the proposed plan to take over the responsibilities of collection of stamp duties from the Nigerian Postal Services (NIPOST).

The union boss called on President Muhammadu Buhari, the Senate President and the Speaker of House of Representatives to consider and reverse any attempt to divert NIPOST’s revenue source to any other government agency.

While the FIRS contends that it had the sole responsibility for the collection of all taxes and duties in the country, NIPOST is the repository of stamps and duties introduced since the colonial days.


“It is now clear that the Federal Ministry of Finance, in collaboration with the Federal Inland Revenue Service, is ready to take over the responsibility of the Nigerian Postal Services by influencing the House of Representatives to insert the collection to be their responsibility.

“Once this is done, it means NIPOST is finished; there is no form of revenue and it means that the financial inclusion programme of this government will go into extinction because it is only NIPOST that has federal presence spread across all the villages and communities in Nigeria.

“Once that is killed, it means that most of the developmental projects of the Federal Republic of Nigeria have been killed. We say no, we will not allow this to happen. We have had the responsibility, since colonial days, to produce stamps, sell the stamps and ensure they are used for denotation of receipts, business documents and registration in this country. and we have been doing it,” Olorunfemi said.

The union noted that since Federal Government’s creation of Ministry of Communications and Digital Economy, NIPOST had moved from analogue to digital operations, and was awaiting assent from the National Assembly to change to electronic stamp productions.

“We went to the National Assembly to seek the power to change to electronic stamps, so that we can use these electronic stamps to denote our receipts, business transactions, bank transactions, etc. All of a sudden, because we put the analysis of financial implications, the huge revenue derivable from this project, the Federal Inland Revenue connived with the Minister of Finance to corner the process.

“There is a difference between tax collection and revenue generation; our own is for business, and we have a product we are selling; once they take it away, there will be job losses, there will be nothing for NIPOST workers to be doing,” Olorunfemi said.

He noted that it was worrisome that the House of Assembly had signed the bill, allocating NIPOST’s responsibility to the Federal Inland Revenue Services, urging the Senate to halt the passage of the bill.

“We are urging the National Assembly to have a rethink and have it reverted back to continue manual and electronic production of stamps. This task is under the purview of Ministry of Communication and digital economy,” Olorunfemi said.

The Secretary-General said that the organised labour would continue to strategise to protect the rights of Nigerian workers, threatening that it might force port workers to down tools in solidarity with NIPOST workers as a trade Union under SSASCGOC.

Addressing the protesters, Acting Spokesperson of the Senate, Godiya Akwashiki, said that all issues and grievances would be captured in the amendment bill.

“The report on the appropriation bill is going on in the chamber, but because of the importance of this visit, the senate president has directed me and my colleague to come here and hear why you are here now.

“He has submitted a copy of your letter and has asked me to let you know that this bill is for amendment.

“The senate president said I should assure you that your grievances on the Amendment Bill, even though it has been passed by the Senate, but still hanging in the House of Representatives, is still within the National Assembly of Nigeria.

“Following your grievances and concern, we have discussed with the Postmaster-General and all the issues addressed have been considered in the amendment Bill.

“Even if the bill is passed, if you discover any lacuna, you can come back, we will amend it for you,” Akwashiki said.

Recall that the Central Bank of Nigeria had, through a circular, directed the banks to deduct N50 for stamp duty on lodgment transactions worth N1,000 and above.

NIPOST is seeking to know where the directive leaves it, being the traditional custodian of the proceeds from stamps and thus, the stamp duty.

The FIRS, however, contends that it should superintend over the stamp duty fee collection as it had always done over other duties and taxes imposed by the Federal Government.