Chelsea can sign players in January after ban appeal 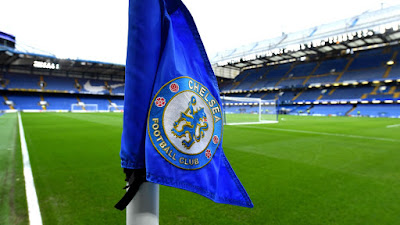 Chelsea can sign players in January after having their Fifa transfer ban reduced following an appeal to the Court of Arbitration for Sport.

The Premier League side were given a two-window ban by Fifa in February for breaching rules on signing young players.

Cas halved the ban to one window, which was served during the summer.


Chelsea play Everton on Saturday and manager Frank Lampard said talk of transfers at the club was now “a discussion we can take up”.

“It’s a positive outcome for us,” he said. “It allows us the potential to look at the market going forward.

“So I’m pleased from a footballing level. It was never my business to get involved in the reasons why or the legal side of it.”

Chelsea were given a transfer ban after 150 rule breaches involving 69 academy players over several seasons, according to the judgement published by Fifa.

Cas found that the Blues “did violate” rules “related to the international transfer of minors” and “to the first registration of minors” but “for a significantly smaller number of players” amounting to “about a third of the violations found by Fifa”.

The Cas verdict added: “In addition, the violations of other RSTP (Regulations on the Status and Transfer of Players) rules were found to be less serious than those attributed to Chelsea by Fifa.

Details of the case which was recently published on a Fifa legal website showed Chelsea claimed many academy players were only triallists and did not play in organised matches.

Chelsea lodged an appeal to Cas against the Fifa punishment, which was also prompted by an investigation into the Premier League club’s signing of foreign under-18 players.

Fifa bans the transfer of under-18s to different countries unless the moves meet strict criteria, such as the parents moving to the country for non-footballing reasons.

The rules were introduced to help protect children from exploitation and trafficking.