CAN to Sultan of Sokoto - 'You got it all wrong, christians are being killed in Nigeria" 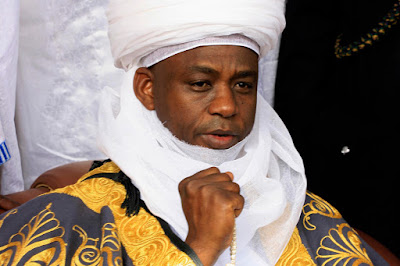 The Christian Association of Nigeria has contested the claims by the Sultan of Sokoto, Sa’ad Abubakar III, that Christians were not being persecuted in the country, saying “he got it totally wrong.”

The body insisted that Christians were being killed in Nigeria, citing the murder on Christmas Day of 11 Christians by the Islamic State in West African Province.


CAN’s Director of Legal and Public Affairs, Samuel Kwamkur, in a statement on Saturday, said the Sultan should have been silent instead of contesting the facts.

“It was painful reading in the media that the Sultan of Sokoto, His Eminence, Sa’ad Abubakar III, said there was no case of Christian persecution in the country where Christians are being killed on a daily basis and their landed property confiscated.

“It would have been better if the Sultan had remained quiet the way he did when those killings were taking place,” Kwamkur said.

He recalled the killing of hundreds of Christians by the Fulani herdsmen in Southern Kaduna, Benue, Plateau, Adamawa and Taraba states.

He said, “According to a highly respected organisation, the Humanitarian Aid Relief Trust, a British non-profit organisation run by a member of the British House of Lords, Baroness Cox, no fewer than 1,000 Christians were killed by the Fulani herdsmen this year alone while about 6,000 have been killed since 2012 and 12,000 displaced. If this is not persecution, what is it?”

Kwamkur said he wondered why Abubakar, who is the President-General of the Supreme Council of Islamic Affairs, did not speak up against these killings.

He stated, “If those who were responsible for the genocide in the Middle Belt were Fulani atheists ‘whose main interest is to protect their cattle,’ what stopped him (Sultan) from condemning the unprecedented genocide?

The CAN legal director called on the government to be fair to all Nigerians by addressing the various cases of religious persecution.