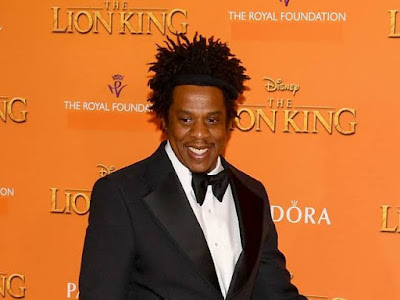 ‘Collateral Damage’, a song off Burna Boy’s 2019 album ‘African Giant’, has made Jay-z’s “Favorite Songs from the Year’ playlist.

Jay-z, an American rapper and showbiz mogul, whose real name is Shawn Carter, on Thursday uploaded a new playlist to Tidal of his favorite hip-hop and R&B tracks from the last 12 months.

The playlist, which was dubbed ‘Year-End Picks’ included the ninth track off Burna Boy’s album among other critically acclaimed tracks from across the world.

JAY-Z shares his favorite songs from the year.

Burna Boy, whose real name is Damini Ogulu, has made quite impressive strides in the music scene, ever since his face-off with 2019 Coachella Festival organizers over the writing of his name in small fonts.

The 28-year-old Afrofusion star, whose work is up for the 2020 Grammys, snagged the ‘Best Male artiste in West Africa’ category at the recently held 2019 All African Music Awards (AFRIMA).