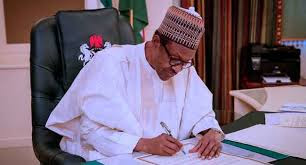 A Committee on Correctional Service Decongestion and Reforms, working on behalf of President Muhammadu Buhari has released 19 inmates including a 75-year-old man and his son.

The septuagenarian was released from the Kuje Medium Security Correctional Centre, FCT Abuja. The man and his son had spent 13 years in custody awaiting trial.

All the freed inmates were not identified.

Chairman of the Presidential Committee and Chief Judge, Federal Capital Territory (FCT) High Court, Justice Ishaq Bello on a visit to Kuje Correctional Centre, on 19 December, explained the conditions for the release of the inmates.

The release, he said was based on age, inability to pay fine, ill-health and overstay of statutory detention period.

Justice Bello said the exercise was in line with President Buhari’s foresight to decongest the custodial centres to meet with the international standard of criminal justice and human rights standard.

He said the Committee is working hard to increase Skill Acquisition Centres as part of efforts to make inmates acquire skills on any job of interest to enable them start a new life after the completion of their jail terms. The inmates will be entitled to 25 per cent of the proceeds of products from the centres.

Bello cautioned the Chief Magistrates against indefinite detention of inmates in prison while advising them to spell out the sentence if there is compensation, payment of fine, time or year.

Attorney-General of the Federation and Minister of Justice (HAGF) Abubarkar Malami, SAN in his goodwill message explained that the purpose of the visit was to; review cases of inmates who have been convicted of minor offences with the option of fines and unable to pay same; review cases of inmates with special cases; carrying out on-the-spot assessment of the condition of the custodial centres and amongst others.

The presidential committee since inception had visited 36 Correctional Centres in 17 States of the Federation and the FCT.

Over 3,813 inmates have so far been released.

‘’Indeed, it has already become starkly clear from deliberations during the previous custodial visits that we as a nation cannot continue to overlook the need for non-custodial measures. Such measures, including community service orders and probation, are clearly provided for in the Administration of Criminal Justice Act, 2015’’, Malami stated.

The congestion at Kuje Correctional Centre typifies the need for a presidential intervention in the prison system. The prison built for 560 inmates, now has 1010 inmates.

About 822 of the inmates are awaiting trial, while about 145 are convicts.