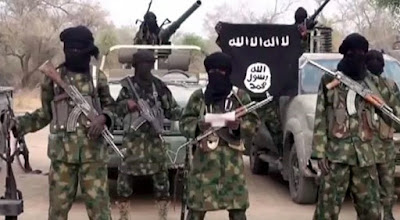 The federal government says there is a likelihood that Boko Haram insurgents could carry out chemical, biological, radiological, nuclear and explosive (CBRNE) attacks in the future.

This is contained in a report published by newsmen, referencing a 60-page document, entitled “National Security Strategy”, earlier released by the office of Babagana Monguno, national security adviser (NSA).

The document, of which foreword was written by President Muhammadu Buhari, emphasised the need for increased collaboration among security agencies to combat security threats in the country.

It said the Islamic State of Iraq and Syria (ISIS), a terrorist group, with which Boko Haram has an alliance, is seeking to possess CBRNE weapons.


It said if ISIS obtains the weapons, Boko Haram will not stop at deploying them in its attacks.

“Transnational organised crime such as illicit financial flow and money laundering, drug and human trafficking, proliferation of Small Arms and Light Weapons as well as proliferation of Chemical, Biological, Radiological, Nuclear and Explosive weapons have a direct impact on our national security,” it said.

“The proliferation of CBRNE weapons and their means of delivery, the spreading of technological skills required for their production and the possibility of their use constitute a threat to our security.

“Although the implementation of international agreements hinder the proliferation of CBRNE and their means of delivery, the risk of such weapons and materials being acquired by terrorist groups and reaching states providing support for terrorist groups cannot be overstated.

“Terrorist groups, such as ISIS, are believed to have sought to possess CBRNE weapons. Boko Haram terrorists’ affiliation to ISIS and their willingness to use any deadly weapon at their disposal increases the possibility of a CRBNE attack in the future, thereby underscoring the need for a counter-strategy.”

In a bid to tackle the challenge, Nigeria’s strategy emphasises greater collaboration among security agencies in the counter-terrorism efforts.

According to the document, the country will strengthen national financial systems and collaborate with international systems in tracking terrorist financing.

“In furtherance of our national security objectives, we will sustain a whole-of-government approach through strong inter-agency platforms and mechanisms at strategic and operational levels to ensure the realisation of counter-terrorism mandates. Under these special platforms, we will conduct timely threat analyses and share information at home and with our partners,” it read.

“We will partner with domestic and international Information Technology companies to counter violent extremism narratives online. We will upgrade border, maritime, aviation and cybersecurity measures.”