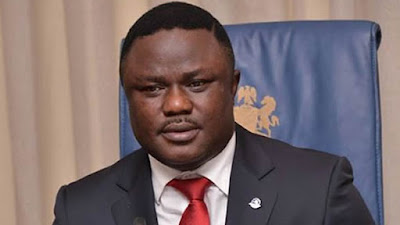 Gov. Ben Ayade of Cross River has forwarded second list of 36 commissioner nominees to the Cross River House of Assembly for screening and confirmation.

The list was made available to the News Agency of Nigeria (NAN) on Wednesday in Calabar by Mr Hope Obeten, Chief Press Secretary to Speaker of the Assembly, Mr Eteng Jonah-Williams.

The list comprises commissioner- nominees from the 18 local government areas of the state.

According to reports, the governor had earlier sent in three names to the Assembly for screening as commissioners, thereby raising the number to 39.


Over 80 per cent of the commissioner-nominees had earlier served in the first term of Ayade.

Some of the new nominees are: Dr Jake Otu-Enyia, Mr Mfon Bassey, Dr Betta Edu, Mr Omang Idiege and others.