ASUU to sanction members who enrolled in IPPIS 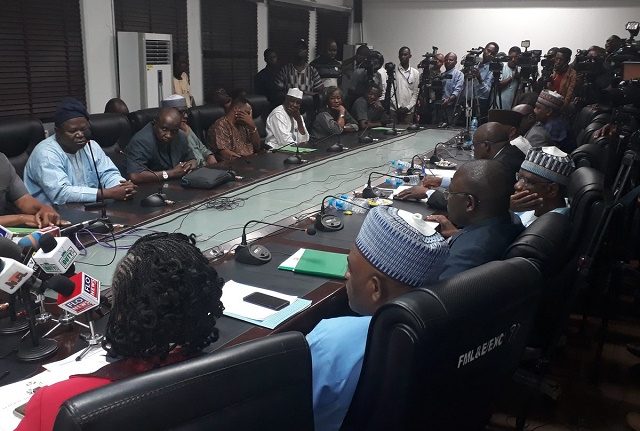 The Academic Staff Union of Universities (ASUU) says it would sanction its members who enrolled in the Integrated Payroll and Personnel Information System (IPPIS), against its boycott order.

Some ASUU members had “surreptitiously” begun registering on the payroll platform, against the union’s directive to shun the scheme as the federal government announced that 937,000 workers had enrolled.

In a new development, ASUU’s administrative body across Nigerian universities vowed that the union would sanction academic staffs in about seven universities found culpable.

According to This Day, Abubakar Sabo Yabo, chairman of ASUU at the Usman Dan Fodio University, Sokoto, said only six of its members registered on the platform out of 1200 as the boycott recorded an overall compliance rate of 90 per cent.

He added that the six erring members would be made to appear before the ethics and disciplinary committee of the institution to face possible sanctions.

While the enrollment came to an end on December 7, there were strong indications that the federal government would extend it.

Among the institutions where some ASUU members were said not have complied are the University of Benin (UNIBEN); Obafemi Awolowo University (OAU), Ile-Ife; Federal University, Oye Ekiti, Ekiti State; and University of Nsukka, Nsukka.

On his part, Christian Opata, the ASUU chairman at the UNN, said the institution is waiting on the union’s national leadership for directives on the sanctions to be meted out to 13 of its lecturers who enrolled in IPPIS.

“We are waiting for the national leadership to give directives on what to do to our members who decided to enroll. It is not in the power of the branch chairman to sanction them. But the fact remains that they shall be sanctioned,” he was quoted to have said.

He added that ASUU would collate the names of those who enrolled and know the next line of action.

ASUU had accused the government of designing the IPPIS to suppress the masses in the guise of anti-corruption and threatened “no pay no work” — a move which was later suspended over further meetings with the government.

Rejecting the payroll platform on account of what it described as some “grey areas,” the union had warned that the country’s university system would be thrown into chaos if the FG persisted on its enrollment and fails to pay its members as threatened.

But Ahmed Idris, the accountant-general of the federation (AGF), described the union’s opposition as an “open endorsement of corruption.”

He stated that the government remains unwavering on the deadline for all MDAs to enroll on the platform.

The federal ministry of education had similarly claimed that “ASSU is jittery” over its IPPIS enrollment as the new system would help expose the financial atrocities and irregularities committed by their members on FG’s payroll.