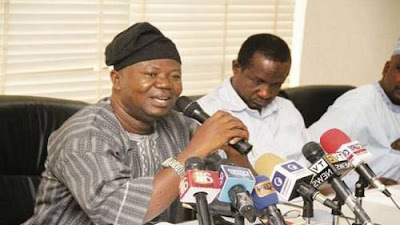 The Academic Staff Union of Universities (ASUU) has proposed an alternative to the federal government’s Integrated Payroll and Personnel Information System (IPPIS).

ASUU has been at loggerheads with the FG since President Mohammadu Buhari ordered all workers to enroll in the centralized payroll system to clamp down on corruption and ensure transparency.

While ordering its members to shun the compulsory enrollment, ASUU had mobilized for strike over FG’s refusal to negotiate and vowed that it’ll sanction lecturers who acted contrary to its stance on the matter.

In a new development, the union proposed the University Transparency and Accountability Solution (UTAS) as an alternative to IPPIS — weeks after FG’s enrollment deadline had reached — to resolve the protracted dispute.

According to This Day, Biodun Ogunyemi, ASUU president, said the union spent almost N2 million to develop UTAS and confirmed that most of its members received their December salaries contrary to FG threats.

Ogunyemi said ASUU is expected to meet with Adamu Adamu, the minister of education, in early 2020, following his promise to summon a meeting as soon as he returned from his foreign trip.

Hinting that ASUU’s strike threat may no longer arise, he said the union would continue to push for FG’s consideration of the alternative software it has developed for the payment of university workers’ salaries.

“The process we have started with our University Transparency and Accountability Solution (UTAS) will continue. We hope that FG will listen to us and allow us to present it because we feel that is the way to go,”Ogunyemi said.

“It’s not as if we like going on strike but it’s only when our members are pushed to the wall that they react. We don’t start an action without a reason. Since the status quo remains, we hope the process of engagement will continue.”

Likening UTAS to commercial banks, Ogunyemi said the alternative is less cumbersome to implement and does not require officials from the accountant general’s office to visit individual universities in a bid to get workers enrolled.

ASUU had rejected IPPIS on account of what it described as “grey areas” and warned that Nigeria’s university system could be thrown into chaos if the FG insisted on compulsorily enrolling of its members.

However, Ahmed Idris, the accountant-general of the federation (AGF), had fired back, describing the union’s opposition to the new system as an “open endorsement of corruption.”

The federal ministry of education had also claimed that ASSU is jittery over IPPIS  because the new system would expose the financial atrocities and irregularities committed by their members on FG’s payroll.