ASUU members ‘sneak to register for IPPIS’ as enrollment hits 937,000 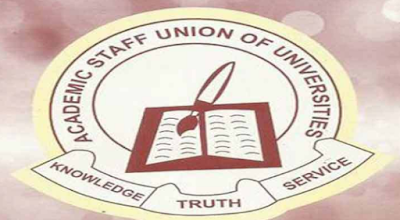 Some members of the Academic Staff Union of Universities (ASUU) have reportedly begun enrollment in the Integrated Personnel Payroll Integrated System (IPPIS) — as against the directive of the union.

The Academic Staff Union of Universities (ASUU) “mobilized for a nationwide strike” over the federal government’s refusal to negotiate its enrollment on the compulsory payment scheme.

The union had rejected the new system, which according to the federal government, would transparently manage the payment of the salaries of all its workers.

ASUU had stated that the IPPIS compromises the autonomy of universities and fails to address some “grey areas.”

But according to The Punch, there are indications that some ASUU members are “surreptitiously” enrolling on the platform — despite directives from the union for its members to shun the process — as the number of enrollments hits 937,000.

“The exercise has been highly successful. Many lecturers have been sneaking into the venue to register,” a source at UNICAL was quoted to have said, although John Edor, the institution’s ASUU chairman, described them as only “a few isolated cases.”

The federal government on Wednesday, also said about 937,000 workers had registered on the new payroll system as directed by President Mohammadu Buhari.

The IPPIS registration started in universities on November 25 and ends on December 7.

According to the federal government’s directive, workers who fail to register within the stipulated period risk not being paid.

ASUU had accused the government of designing the IPPIS to suppress the masses in the guise of anti-corruption and threatened “no pay no work” — a move which was later suspended over further meetings with the government.

Ahmed Idris, the accountant-general of the federation (AGF), had described the union’s opposition as an “open endorsement of corruption,” stating that the government remains unwavering on the deadline for all MDAs to enroll on the platform.

The federal ministry of education had similarly claimed that “ASSU is jittery” over its IPPIS enrollment as the new system would help expose the financial atrocities and irregularities committed by their members on FG’s payroll.