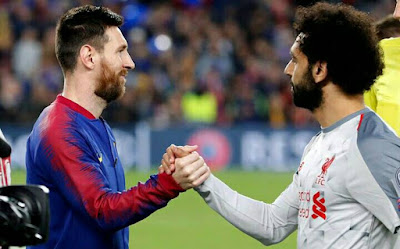 Salah set up Naby Keita’s opening goal in the Reds’ 2-1 win over Monterrey in the Club World Cup semi-final in Qatar on Wednesday, taking him to 13 goals and seven assists in 23 games across all competitions for the season.

And Wenger was impressed with the forward’s ability to both score goals and set them up, praising his transformation from merely a goalscorer.

“I like his evolution,” Wenger said to beIN Sports. “Because he had touches last night [against Monterrey] of a playmaker.


“He created chances around the box that are exceptional, [there were shades] of Messi in him last night and I like that a guy who can score so many goals also becomes the guy who gives assists.

“That is a complete player. That’s what we all admire and what we want from our players.”