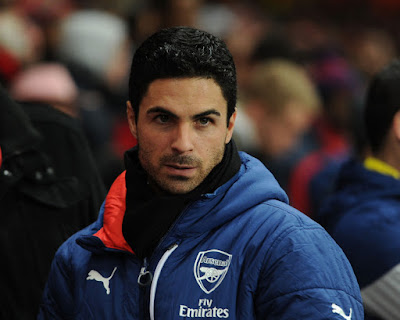 Arsenal have held a meeting with Manchester City coach Mikel Arteta to discuss their managerial vacancy.

Gunners chief executive Vinai Venkatesham is thought to have met the Spaniard in the north-west of England after both flew north following City’s 3-0 win at Emirates Stadium on Sunday.

It is not known whether Arteta, 37, has been offered the chance to succeed Unai Emery, who was sacked in November.

City boss Pep Guardiola says he would not stop Arteta if he decided to leave.


After Arsenal’s latest defeat, interim manager Freddie Ljungberg – who has won once in five games since being appointed on 29 November – called for some clarity on the situation.

The Gunners are ninth in the Premier League, seven points behind fourth-placed Chelsea, after five victories in 17 matches this season.

Former midfielder Arteta, who made 149 appearances for Arsenal between 2011 and 2016, was linked with replacing Arsene Wenger at the Emirates in 2018 before the club appointed Emery.

He joined the City coaching staff in July 2016 after retiring as a player.