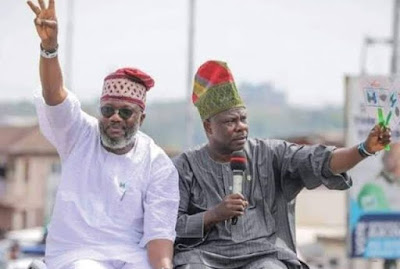 The defeated candidate of the Allied Peoples Movement (APM) in the March governorship election in Ogun State, Adekunle Akinlade has announced his return to the All Progressives Congress (APC).

Akinlade’s return to the APC followed the dismissal last Friday by the Supreme Court of petition against the election of Governor Dapo Abiodun of the All Progressives Congress (APC).
Akinlade said on Monday that he is returning to the APC alongside his followers.

His sponsor, Senator Ibikunle Amosun who was suspended for anti-party activities had his suspension lifted last week.