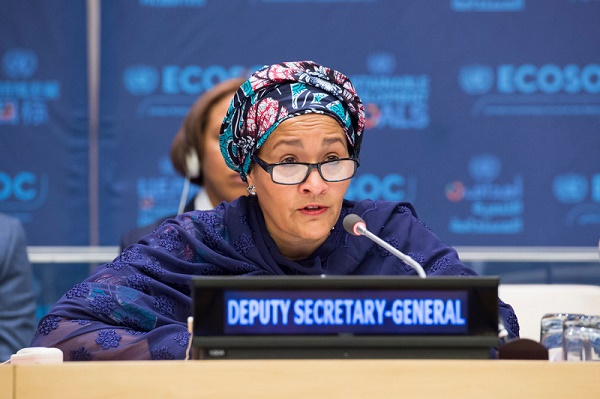 Amina Mohammed, a Nigerian diplomat and deputy secretary-general of the United Nations, has been named among the world’s 100 most powerful women in 2019 by Forbes, prominent US business magazine.

“In 2019, women around the globe took action, claiming leadership positions in government, business, philanthropy and media,” Forbes wrote. “These trailblazers are not to be messed with.”

The 58-year-old British-Nigerian diplomat, who is among the 23 newcomers for this year, secured the number 98 spot on the list.

Mohammed was previously a special adviser to Ban Ki-moon, eighth secretary-general of the UN, and was instrumental in setting the 2030 Agenda for Sustainable Development.

“I am humbled to be amongst other great women in the Forbes 2019 PowerWomen list working for humanity,” she tweeted on Friday.

I stand on the shoulders of great African women like Mama @G_MachelTrust & @MaEllenSirleaf who fueled my passion to work #ForPeopleForPlanet. I am humbled to be amongst other great women in the @Forbes 2019 #PowerWomen list working for humanity. https://t.co/WaECY0tuMY pic.twitter.com/QNthKI3oq8
— Amina J Mohammed (@AminaJMohammed) December 13, 2019

According to the US magazine, the list “celebrates women who are using their power to create change and, often, lift other women with them.”

Forbes also stated that “these women” are referred to as the “first” and sometimes the “only” in their respected fields.