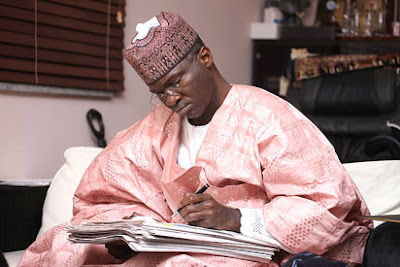 About 524 projects including highways and bridges are being undertaken across the country, Works and Housing Minister Babatunde Fashola has said.

According to him, 80 of them classified as priority projects are scheduled for completion in the 2020-2021 fiscal year. He said that every state, including the Federal Capital Territory (FCT) has at least three of such projects.


He listed those on the priority list to include 27 financed with Sovereign SUKUK Fund; 47 scheduled for substantial completion in 2020/2021; two roads leading to the ports and four major bridges.

Giving reasons for the prioritisation of the 80 projects, the minister said they would aid the ease of doing business in the country.

He said: “The projects on completion will bring about reduced travel time, lower vehicle operating costs and improve the comfort of road users as well as improve the ease of doing business in the country and ultimately boost the economy”.

Others include Dualization of Ibadan-Ilorin (Section ii) in Oyo State, reconstruction of the outstanding Sections of Beni-Ofosu-Ore-Ajebandele-Shagamu Expressway Phase iii, pavement strengthening and asphalt overlay of Ajebandele- Ijebu Ode-Shagamu Road in Ogun State.

Some of the projects scheduled for substantial completion in the next two years and other priority projects, according to the minister, include rehabilitation of Alesi-Ugep (Iyamoyung-Ugep) Section in Cross River State, construction of Yenegwe-Okaki-Kolo-Nembe-Brass Road and completion of rehabilitation of Ada-Okere-Ukoni-Amedokhiom Old Road, Uromi, Edo State.

The four bridges under the priority projects are Ibi Bridge; Chanchangi Bridge along Takum-Wukari Road in Taraba State; Ikom Bridge in Cross River State and emergency rehabilitation/maintenance of Third Mainland Bridge in Lagos, while the two roads leading to ports are the construction of Agaie-Katcha-Barro Road in Niger State and construction of Baro Port to Gulu Town in Niger State.

The brief also provided a detailed record of ongoing road and bridge projects in the 36 states shows of the federation and the FCT.

Some of the tertiary institutions where the ministry is intervening on roads, according to the report, include the University of Benin where work is ongoing on the rehabilitation and asphalt overlay/construction of reinforced concrete drains and kerbs and asphatic surfacing of three Car parks of 1.1-kilometre road.

Fashola, however, told the Council that an additional N255.6 billion would be needed to bridge the funding gap, pointing out that the amount was the difference between the appropriation for the project in the 2020 Budget, which stands N157.05 billion and the actual estimate for the completion of the projects which stands at N412.64 billion.