5 churches that don't celebrate Christmas and why 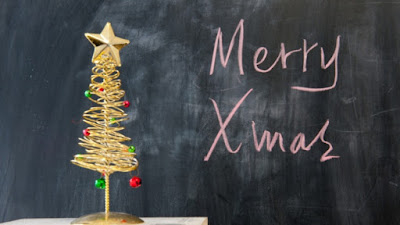 These religious denominations are opposed to the celebration of the birth of Jesus Christ on December 25 every year.

Here are the denominations that don't celebrate Christmas and why they avoid it.

Jehovah’s Witness
This religious organisation is one of the biggest group of Christmas-shunners. The interesting thing is that they were not always this way. Once upon a time, Jehovah’s Witnesses used to observe Christmas. This was until 1928, after further study by one official.

According to spokesman J.R. Brown from the church’s Brooklyn, New York, headquarters, this official’s findings led to the church dropping the holiday.

The official found that this is based on“false religious beliefs or activities.” Deseret News reports that this is explained in a 1993 book, “Jehovah’s Witnesses — Proclaimers of God’s Kingdom.”

Still, it took a while for everyone to get on board with the new tradition of no longer celebrating Christmas.

Brown says after the group “cast aside religious teachings that had pagan roots, they also quit sharing in many customs that were similarly tainted. But for a time, certain holidays were not given the careful scrutiny that they needed. One of these was Christmas.”

The major reason why they do not celebrate it because they believe the Bible would have said something if Christmas observance was important, however, they do not prevent others from honouring the day.

In Brown’s words, Witnesses now ask themselves “does this please God, when it is not mentioned in the scriptures?”

How Witnesses now approach the holiday
Brown says, “If someone is dealing with you and they say, ‘Merry Christmas,’ we do not go into a sermon about the pagan origins.

“You don’t make an issue of it every time because we have to face the fact that they mean well when they say ‘Merry Christmas and a Happy New Year.’

“We will say this is the time of year many people are actually thinking about Jesus Christ. Did you take notice of what he put their emphasis on in his life?”

Seventh Day Adventist Church
Like Jehovah’s Witnesses, this church is also against the celebration of Christmas.

A publication from the group that goes to church on Saturdays, the Jewish Sabbath day, not Sunday reads: “We do not celebrate Christmas as the Birth of Christ per say since Christ was not born in Dec.

“He did not want us to celebrate His birth or He would have told us when He was born. It has become a money-making celebration with Christ mixed in. It is a pagan ritual.

“We join in to be with the Family or friends to celebrate their friendship and love as a family gathering and for the Children. Easter too is a pagan holiday and we do not celebrate the Name but we honour Christ’s Resurrection and keep the day in mind on what He has done for us. We do not make an issue out of it but quietly honour Christ….it’s a gathering also for the Children. It is a personal Choice.”


Deeper Life
A few years ago, Pastor W.F. Kumuyi, the head of Deeper Life Bible Church announced to his members and the world that his church does not celebrate the popular holiday.

Explaining why at the 2013 December retreat, he said: “We don’t celebrate Christmas nor sing Christmas carol; because Christmas is of idolatrous background.”

God’s Kingdom Society (GKS)
This is another church that is anti-Christmas. According to the church’s official website, they believe that there is no single evidence in the Bible that Jesus Christ was born on the 25th of December.

Rather, they believe that He was born in October and that Christmas originated from “a noisy pagan festival in honour of the god of the sun”.

While other Christians celebrate Christmas in December, this church celebrates the birth anniversary of Jesus Christ in October. This is done with something called the Freedom Day.

The church was started by St. Gideon Meriodere Urhobo in 1934 after leaving Jehovah’s Witnesses. He lived from 1903–1952. The headquarters can be found in Warri.

This church believes that “every day is a holy day,” so there is no need to single out just one day to celebrate.

Another reason why they do not celebrate Christmas is that some Quakers are trying to go back to the ways of early Christianity.

Chris Pifer, a spokesman for the Friends General Conference, says, “There’s an effort within aspects of Quaker practice to try and explore and find primitive Christianity, the church before it became a political entity.

“In very early Christianity, there weren’t holidays like Christmas anywhere close to the form it is today.”

Wikipedia reports that 52% of the group around the world can be Africa. Kenya reportedly has the largest number of Quakers in this continent.

According to the church’s website, fwccafrica.org, the Nigerian branch started as a small worship group in Lagos in the early 1990’s.

He said no book in the bible recorded the word “Christmas” or that Jesus was born on December 25.

“If you really study the Bible from Genesis to Revelation, there is no word like Christmas.

“The bible only recorded that the Shepherds were taking care of their flocks during a very cold season when they sighted the star that announced the birth of Jesus Christ. This cold period could be around April or May,’’ Olukoya said.

Regardless of what these churches believe, billions of Christians around the world continue to mark Christ’s birthday on December 25 each year.